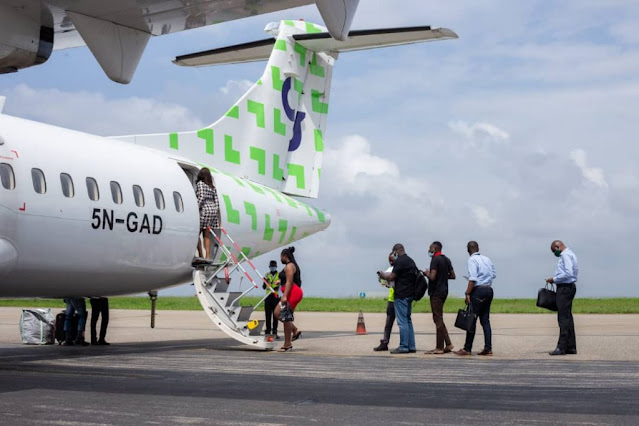 The airline’s Brand Marketing Specialist, Mrs Oyindamola Fashogbon, made this known in a statement in Lagos on Friday.

She said that operations started officially on Thursday with an inaugural flight from Lagos to Abuja on one of the airline’s ATR 72-600s.

She added that the first flights into other destinations from Lagos are scheduled between Aug. 14 and 2, adding that customers who want to book a flight should visit greenafrica.com and enjoy low fares from N16,500.

Fashogbon said the airline’s officials received passengers and several stakeholders from Lagos checked-in at the airline’s counters situated in the Alpha Terminal of the Murtala Muhammed Airport 1 (GAT).

She said: “The aircraft was given a special welcome to Abuja with a water cannon salute as the aircraft touched down on the ramp.

“As part of the inaugural flight ceremony, customers were engaged inflight in an interactive ‘knowledge test’ session.

“Hence, three customers each won a voucher with 10kg baggage allowance for their next flight with the airline.”

On arrival in Abuja, Babawande Afolabi, Founder and CEO, Green Africa while addressing customers, aviation dignitaries and newmen said the airline was on a mission to connect more people in the country and Africa.

Afolabi said the airline was ready to connect them to their dreams and opportunities, adding that it was what kept them going in spite of the odds over the last several years.