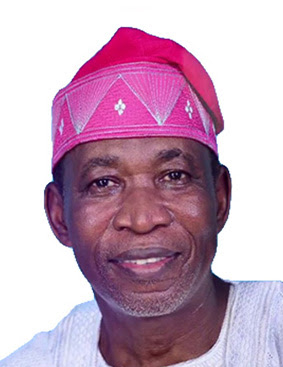 Sources close to Church Times informed that he died on Saturday, August 7.

The source said he was not sick but suddenly developed a heart complication that led to his death.

Rev Badejo was said to be on his way to the Bells University, Ota, Ogun State for a meeting being the chairman of the school’s governing council. His Personal Assistant, Mr. Bukky Ogunyemi according to our source was with him when the incident happened.

The source said he was the one who drove himself out of the house but later handed over the vehicle to the driver.

But along the road, he began to experience difficulty in breathing before he eventually passed on. He was confirmed dead in a hospital in Ota.

Badejo, a veterinarian was the General Overseer of Foursquare Church from 1999 to 2009. He took over from Rev Olu Farunbi

During his tenure as the General Overseer, he created the Barley Harvest Project for the church-planting program of the church. By the end of his tenure in 2009, about 2000 churches were reportedly planted.

Dr. Badejo and his wife Adeyinka, on May 19, 2007, established the Wilson Badejo Foundation (WBF).

The foundation was established as a platform for Rev Badejo to give back to society.