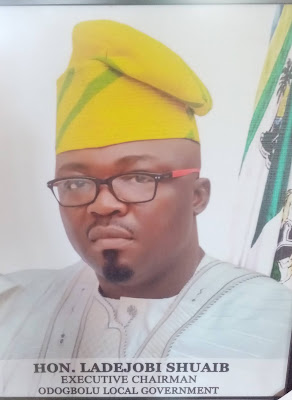 As schools prepare for the new academic session and as a proactive measure taking ahead of school resumption to clear lawns and fumigate schools against COVID, the Executive Chairman of Odogbolu Local Government, Hon Shuaib Ladejobi has taken delivery of 2 units of brush cutter machines been donated by the Alumni of Christ The King Catholic College, Odolewu (CKCC, 1995-2001 set) to support the Ladejobi led administration in furtherance of efforts to ease the clearing of weeds and bushes in government schools in Odogbolu Local Government Area (LGA) of Ogun State.
The brush cutters are meant to provide tools to lessen the stress of clearing bushes in all the primary schools in Odogbolu LG as clearing would be easier and faster.

The Executive Chairman of Odogbolu Local Government, Hon. Shuaib Ladejobi in receiving the donated items and award, he said “is our plan to make the school environment safer and conducive for learning, we will be fumigating all primary schools in the local government in line with COVID 19 protocol and also be clearing all the bushes and lawns in our school premises to make the school environment more friendly for our kids before resumption on 13th September 2021. 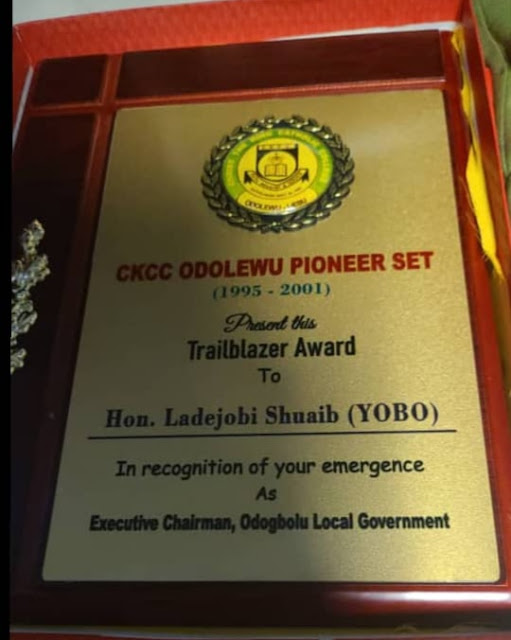 Speaking on behalf of the donating group, Mr.Babatunde Okuneye explained “ it is our belief that the development of any community must not be left for government alone but a collective effort of people of like minds. 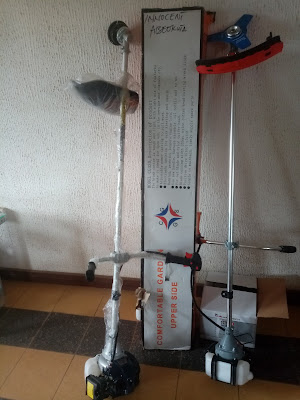 "we are donating brush cutters and presenting this award because we shared in  Ladejobi's developmental plan for Odogbolu Local Government which is also in tandem with the Governor of Ogun State, Prince Dapo Abiodun  ISEYA mantra".

"We believe he is starting on a good note in accelerating development in Odogbolu communities and this will be our  first phase of donation to Ladejobi led   Odogbolu LG administration and will continue to look out for ways to support his administration ", he concluded.

Hon. Ladejobi  thanked the CKCC, 1995-2001 set for the donation and award and further   called on other well-meaning individuals and corporate organisations to support his administration efforts to improve the quality of life in communities across Odogbolu Local Government.