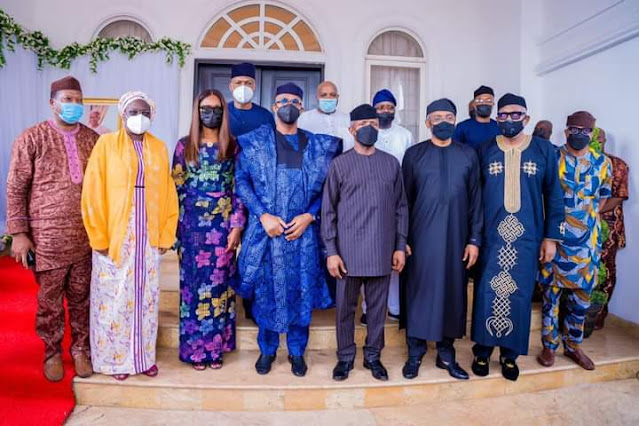 President Muhammed Buhari, has commiserated with the Ogun State governor, Dapo Abiodun, over the demise of his father, Pa Emmanuel Abiodun, describing the late octogenarian as a progressive who supported worthy courses during his life time.

Buhari, who stated this on Friday during a condolence visit to the governor at his Family House at Iperu-Remo in Ikenne Local Government Area, also noted that Pa Abiodun lived a life that should be emulated by all. 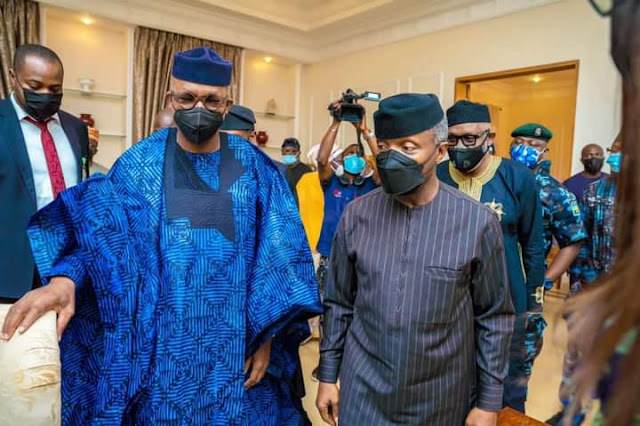 Delivering the President's condolence message, the Vice President, Professor Yemi Osinbajo, said "we are rejoicing and celebrating the life of an incredible great man who was not only known for his own contribution to the society as a teacher, but also the fact that all through his life, he supported all the worthy courses and was himself a progressive".

Osinbajo added that "you cannot speak of progressive politics and progressive ideas without mentioning his (Pa Abiodun) name".

Accompanied on the visit by the Speaker, House of Representatives, Femi Gbajabiamila and the Ondo State Governor, Rotimi Akeredolu, the VP said Abiodun's family must be thankful that Pa Abiodun spent his life serving humanity. 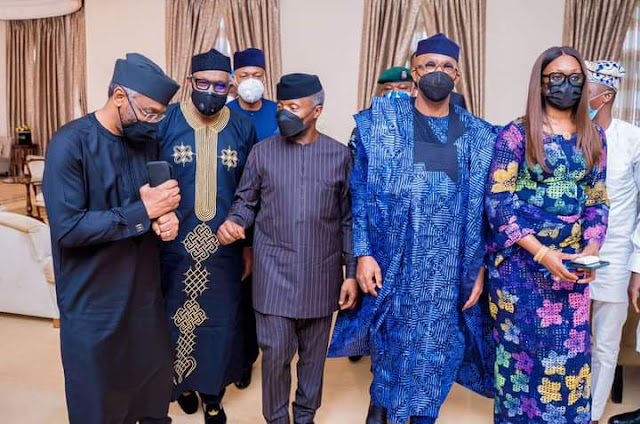 He further observed that Pa Abiodun lived a long life, had all his prayers answered, including seeing his son become the governor of Ogun State, and left a worthy legacy by knowing God, a legacy, according to him, had been imbibed by his children.

He noted that though it is always painful to lose a loved one, urging the family members to take solace in the fact that their father lived an impactful life that would be seen all around the country.

In his remarks, Gbajabiamila said it is not easy to lose someone known for years, noting "life is not how long, but how well one lived".

"It is rare to find people who lived long. It is not how long you lived, but how you lived. I am not here to mourn because Pa lived a good life and left at a ripe age. Baba had left a legacy; I hope the governor will carry on the legacy and even beyond". Gbajabiamila said.

Governor Akeredolu congratulated Abiodun for surviving his father, saying that Pa Abiodun would be remembered for all his good works which has helped in transforming the society.

Responding, Governor Abiodun said  his father did his best while alive, saying his family could not question God for calling him home.

"I miss my father. He lived a simple life, he loved his family and his profession where he impacted meaningfully on the lives of others.

"Baba has done his bit, but it pleases God to take him at this point in time. He lived a life of service. He was with me during the gubernatorial campaign. I want to appreciate all those who have come to commiserate with us. Indeed, our culture has helped in making this less painful". The governor said.

While calling on people to reflect on their lives, Abiodun submitted that "it is one thing to sojourn on earth, another is to fulfill our destinies and how we will be remembered".