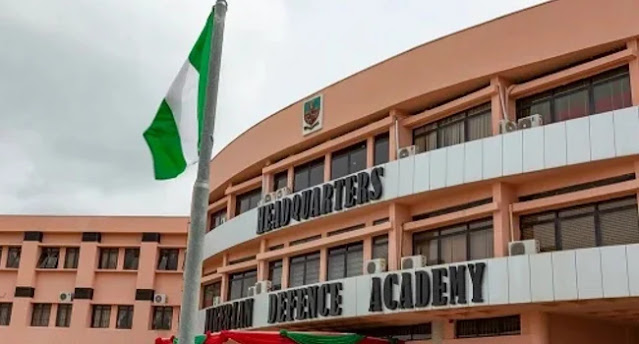 The pan-Northern socio-political organizstion, Arewa Consultative Forum expressed shock over bandits’ raid on the Nigerian Defence Academy where two officers were killed and one other kidnapped on Tuesday.

The ACF lamented that the incident was a slap and embarrassment to the entire nation, lamenting that the institution bequeathed to the country by the founding fathers of the North, had been handed over to “bandits.”

The National Publicity Secretary of the ACF, Emmanuel Yawe in a terse statement, noted that the invasion was an indication that the Nigeria’s national security system was running on a reverse gear.

The statement read, “The ACF first & foremost commemorates with the families of those who lost their lives during today’s attack on the Nigerian Defence Academy. These gallant men have paid the supreme price for Nigeria, their motherland. We hope their sacrifices are not in vain.

“The Forum is praying that the abducted officer will be rescued and the criminals who abducted him brought to book.

“The latest security breach is another embarrassment to the ACF. The NDA is a proud monument q of the efforts of the first generation of northerners who fought hard to bring development to the north; the likes of Muhammadu Ribadu, Sir Abubakar Tafawa Balewa and Sir Ahmadu Bello who brought the Institution to Kaduna. They did not bring it here for our generation to hand it over to bandits or whatever we call them.

“This is an institution that is not only a pride of the north but a pride of Nigeria. Many African countries train their military officers here.

“It is really sad that ordinary street bandits will invade a military institution of such high national and international repute, outwit the security system and men there, kill officers and take one away to an unknown destination.

“We of the ACF are particularly sad because Kaduna is our home not only because our headquarters is located here but for a long time even after the split of our Northern Region, Kaduna remained home to all northerners.

“The NDA is a proud reminder of the achievements of our fathers. Is that how our present generation of northerners will seat and watch as these legacies are destroyed?

“We of the ACF have said it again and again that there is everything seriously wrong with the management of our security. The other day a Nigerian Air Force fighter aircraft was shot down by the so-called bandits.

“Today the factory where all Nigerian military officers are produced has been invaded and desecrated. What else do we need to show that our national security system is running on reverse gear?”