APC TSUNAMI: Ndi Anambra Think, Before It's Too Late By Dr Chuma-Odili, FCMsp 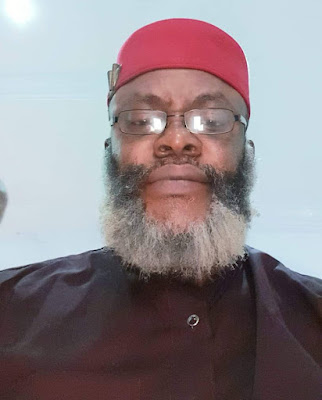 Just recently, the mass exit of members of the ruling All Progressives Grand Alliance APGA to African Democratic Congress ADC has been  intercepted by the All Progressives Congress APC. The spate of non violence attacks enjoyed by the invaders from People's Democratic Party PDP has been considered an ill wind that blows no good. What is the big deal? Hold on! Come with me.
It would be recalled that Anambra APGA has been enmeshed in leadership crisis prompting the balkanized party to split up with three dagger drawn factional leaders cum opponents. An ugly narrative that got members of the party to precipitate in deep regrets of what has become the once happy family.
Occasioned by the irreconcilable differences in the APGA party, the more fortunate ADC has been harnessing the spoils of war, but in what appears to be a sharp twist, the APC has landed at the goldmines aggressively excavating the remnants of the APGA, and troubled PDP.
Truth be told, the relics of APGA may not be cohesive enough to successfully pull through the tides, ahead of the November 6 guber election. While the aggressive push to retain Prof Chukwuma Soludo on the INEC list endures, the grassroot activists of the ruling APGA are quietly relocating to ADC, and just recently the once exiled APC Anambra is back on the streets, looking very vicious.
From a reliable source, some notable APGA chieftains who confesses Soludo in the day, are holding talks with Senator Andy Ubah at nights. Surprisingly, some people in government circles are not left behind. I don't know the kind of soup Sen Andy Ubah has cooked this time. Even, the writer has been approached severally too to dump ADC. What is going on ndi Anambra? Save my Soul, APC wants me now or never. I'm on the heels right now.
As I write, the APC tsunamic campaign is sweeping statewide, quietly. I recall vividly, that Rev father Obimma a.k.a ebube Muonso had earlier this year prophesied that power must change hands in agu Awka. The question is, are we all going gaga with the recent APC effects?
Needless reminding us, the only credible political party in Anambra today is the African Democratic Congress ADC. There's no reason APC should be allowed to keep warehousing the fallouts of APGA, it's rather unusual, something is not right. We should be worried about the latest development.  Unchallenged, the APC is feeding fat on PDP, and APGA simultaneously. it appears the prolonged silence from the APGA leadership cadre suggests conspiracy. Think about it!
ADC should not tow the same lane of plotting to approach the November polls with an APC clothed members of ADC. Any attempts, would see the APGA springing surprises and snatching the victory at the doors of defeat. Ask your neighbor!
In days ahead, one may be forced to believe a return to trenches wouldn't be a bad idea, and duty calls to rescue the state from the firm grip of greedy men who have had their turn, obeyed.
Ndi Anambra, let's pause, think, before it's too late. I shall return with a different colored pen, soonest. Stay with Ogene!
Speaking my mind this minute! No holds barred!
Even the ADC censorship board, cannot stop me, this time. Fasten your seat belt.
Ekenem