Women Get Away With Alot Of Things – Bobrisky

Controversial crossdresser, Okuneye Idris Olarenwaju better known as Bobrisky has taken to social media to reveal the reason he became a woman. 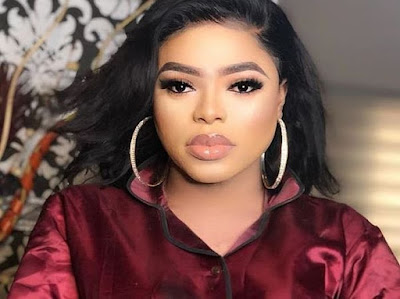 According to the self-acclaimed Nigerian male barbie, who recently underwent butt-lift surgery to enhance his buttock via his Instagram, men are born to hustle hard and suffer, spending the gains on women who he claims do not strain themselves to earn.

He further added that women get away with a lot, unlike their counterpart who suffers the consequences of their actions.

He also urged men who do not want to suffer the faith and burden of becoming a man should come and join the bandwagon of cross-dressers like himself.

In his own words, he wrote; “We women get away with alot of things na man come dis world come suffer. Yaaay women rule the world. Men you are born to hustle then spend all the money on us. Men in the house you can join us o”

it will be recalled that the social media celebrity regretted spending almost twenty-five years of his life as a man without achieving anything, despite being a graduate of Accounting from the University of Lagos.