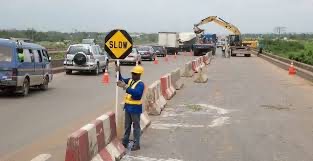 Julius Berger Nigeria PLC says it will close sections of the Lagos-Shagamu expressway to facilitate repairs.

In a statement issued on Friday, Julius Berger Nigeria said repairs would be done around the Eldorado and Lotto junctions.

The construction giant said the repairs will take place in two phases.

The first phase will be implemented between July 26 and 30 while the second phase will take place from August 9 to November 9.

The company said traffic would be diverted for road users plying the route from different parts of the state.

“In addition, beginning from August 9, 2021 through to November 9, 2021, the Phase 2 of the diversion will be implemented for the installation of deck slabs, parapets and hand railings on both sides of the Eldorado flyover.

“Also, effective from July 30, 2021, Lagos bound traffic will be diverted to the Ibadan bound carriageway, from a section before Lotto Junction, CH 24+800 to a section at Deeper Life Conference Centre, CH 23+800, with two lanes each in opposite direction using temporary median dividers. 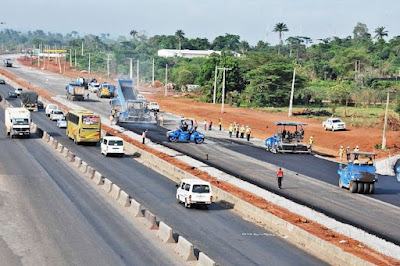 “The purpose of the diversion is to allow for the safe installation of cross beams, bridge deck slabs and parapets on the ongoing bridge works on the Ibadan bound carriageway, which will last for 12 weeks.”

Prince Duku, head of media relations of Julius Berger, said measures will be put in place to direct traffic before the commencement of repairs.

“Such mitigating measures will include, display of advanced warning signs for road narrowing and for necessary speed restriction,” he said.

Duku said diversion plans have been developed in conjunction with the relevant stakeholders.