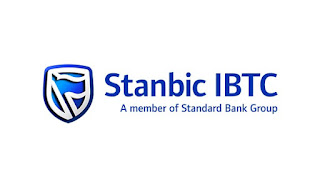 June data revealed a positive end to the first half of 2021 with a solid expansion recorded in the Nigerian private sector. Greater client demand in both domestic and international markets led to a sharp and accelerated rise in new orders. That said, output, purchasing and employment growth softened during the month. Meanwhile, firms reduced their backlogs at the second most marked rate in the series. Sentiment regarding output in the year ahead was weak    in the context of the historical average, but firms continued to foresee a rise in output by June 2022. On the price front, overall input price inflation was robust, but eased to the softest since December 2020 despite a sharper rise in purchase costs.

The headline figure derived from the survey is the Purchasing Managers’ Index™ (PMI®). Readings above 50.0 signal an improvement in business conditions on the previous month, while readings below 50.0 show a deterioration.

At 53.6 in June, down from 54.4 in May, the headline PMI registered a solid rate of growth, but one which moderated from May’s nine-month peak. The latest uptick extended the period of expansion to 12 consecutive months, however.

New order inflows rose strongly in June, with the pace      of expansion quickening to the fastest since  January  2020. Greater client demand was often mentioned by respondents. International demand for Nigerian goods and services also increased, and at the fourth-quickest rate in the series.

Although client demand rose at a sharp and accelerated pace, output growth moderated in June. The rate of expansion was still solid but posted below the long-run series average. Sector data revealed services recorded the sharpest increase in activity followed by wholesale & retail and manufacturing respectively. Agriculture meanwhile registered a fractional rise.

To support higher output, firms engaged in buying activity with growth now seen in each month since July 2020. Inventories also rose at a similar pace, though the rate of expansion softened in both.

Workforce numbers rose marginally in June, which coincided with only a slight rise in staff costs. Amid efforts to keep on top of outstanding business, backlogs fell at the second most marked rate in the series, surpassed only by that seen in February.

On the price front, higher raw material costs underpinned a rise in purchase prices which quickened to a three-month high. Overall input prices rose sharply, though at the softest rate since December 2020. Higher prices were passed on to clients, with the rate of charge inflation robust overall.

Finally, firms remain optimistic about their output prospects over the year ahead, but the degree of positivity was far below the series average in June.