Ogun State governor, Dapo Abiodun, has given the contractor handling the reconstruction of the Oba Erinwole Road in Sagamu, two weeks to complete the project. 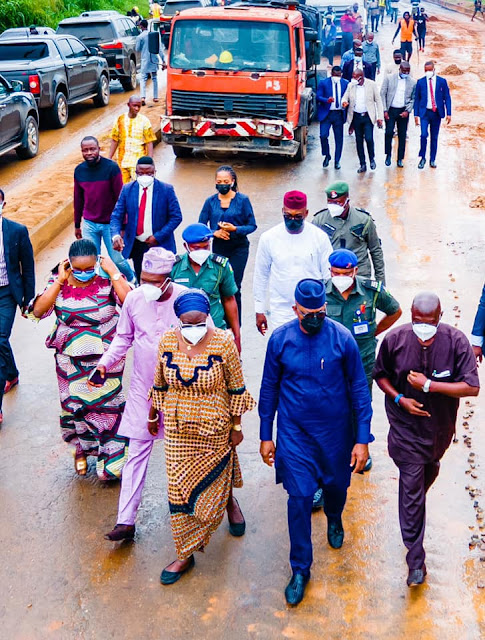 Abiodun who gave the order on Thursday while inspecting the level of work on the four-kilometer road expressed dissatisfaction with the slow pace of work and urged the State Commissioner for Works, Ade Akinsanya to ensure the job was completed in the next two weeks. 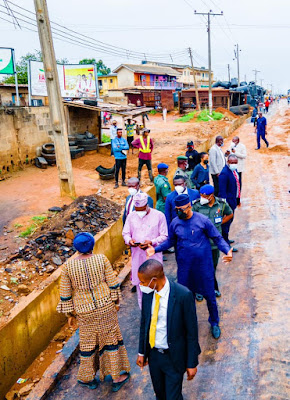 "I am not impressed with the speed of work on this road. I have directed that the job must be delivered in the next two weeks. The caves must be rehabilitated, streetlight replaced and the road margin fixed", he said.
He explained that the initial contract was to repair the failed section which was the lowest part of the road, adding that the need to repair the entire stretch of the road from the Sagamu-Benin Expressway to Ikorodu Junction, was to ensure that the road was completely done.
Abiodun added: "This part of the town is one of the prime areas and the value of the property as a result of the bad condition of the road had begun to depreciate and we decided to intervene particularly for the convenience of our people living here and the socio-economic development of the town itself".
He noted that though the road represents an important by-pass to the people of the town, some portions had become impassable and a nightmare to the residents, hence, his government's intervention to save the people and the state from untold hardship and embarrassment.
The project, according to the governor, is in line with his administration's transformation and infrastructural development going on across the state, emphasizing that Sagamu as one of the major towns in the state would also benefit. 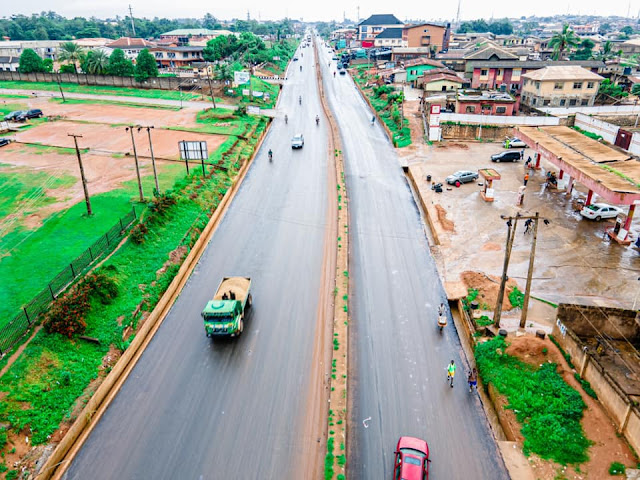 He disclosed that similar projects were ongoing simultaneously in 18 local government areas of Ogun.
"We are also doing similar projects in 18 local government areas of the state. This is not an exception; it has become a norm that characterizes the Building our Future Together' agenda of our administration", Abiodun submitted. 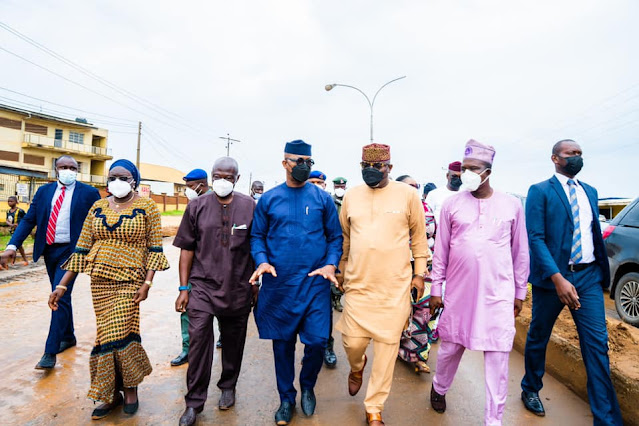