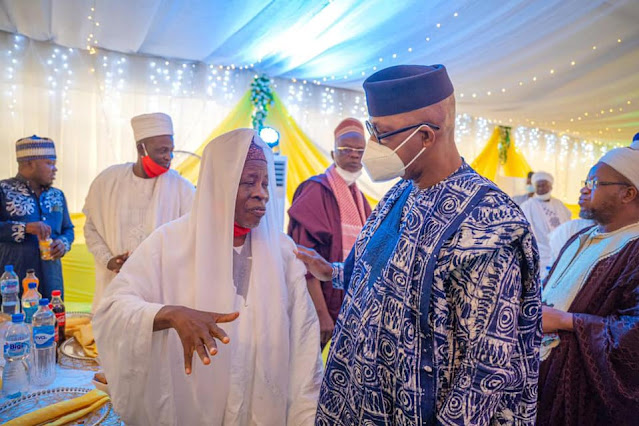 The Ogun State Governor, Prince Dapo Abiodun, says Nigeria as a nation will neither experience any civil war nor break-up, declaring the socioeconomic challenges confronting the country will be eventually surmounted. 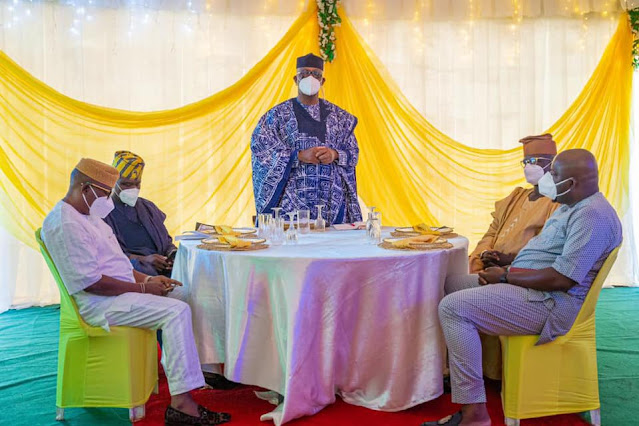 Gov. Dapo Abiodun made this when he hosted the League of Imams and Alfas in the state at his Iperu country home, as part of the Eid-el-Kabir celebration.
According to the governor, the country is presently going through a difficult time owing to insecurity and other challenges, Nigerians would overcome the situation at the end.
"This country will not break into two; nothing will happen to us in this country, we will not go into civil war, the unity of this country is non-negotiable, God will give us peace in this country, He will give us rest.
"As a government we will try our best, please continue to pray for us", he urged the clerics. 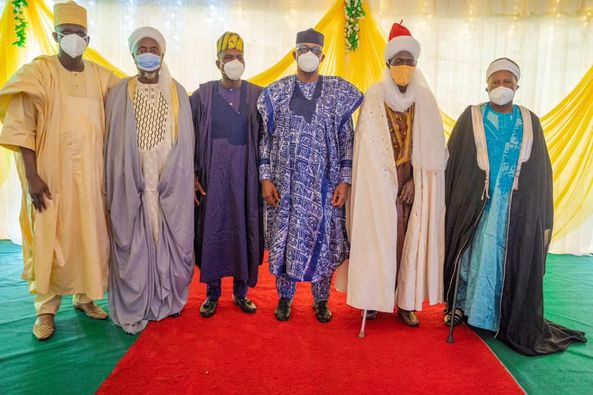 While calling Nigerians not to give up, but continue to have faith and trust in God, the governor noted that no problem is too big for God to solve, saying, "I have a mountain-moving faith in God because He alone can do the impossible".
Gov Dapo Abiodun further harped on the need for Nigerians to unite and fight their common enemies as the diversity of country remains her strength.
While advocating for religious tolerance among adherents of different faiths, he admonished Nigerians to imbibe the virtues of Prophet Ibrahim who was regarded as the Father of Faith by having absolute trust and faith in God.
Abiodun submitted that administration in the last two years has been fair to all irrespective of religious beliefs, adding projects had been executed in each of the 236 wards of Ogun in line with the inclusive approach of his administration.
Earlier in his remarks, the Wakeel Musulumi of Yorubaland, Edo and Delta, Sheik Iskeel Lawal, requested the employment of Islamic Studies teachers in public schools, as well as state govetnment's assistance in the construction of a permanent secretariat for the League of Imams and Alfas.