Let’s Get Our PVCs, it's Time To Play Our Roles As CITIZENS - Lanre Oyegbola Sodipo 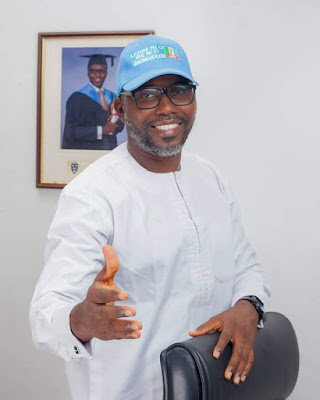 As the electioneering period begins, the Ogun State Coordinator of the Tinubu Support Group (TSO) and one-time chairmanship aspirant of Abeokuta North Local Government on the All Progressives Congress (APC) platform, Lanre Oyegbola – Sodipo, fondly called LOS, urges indigenes and residents of the state to be more active in the state governance by obtaining their PVCs and participating in the Continuous Voter Registration being conducted nation-wide by the Independent National Electoral Commission (INEC).

LOS, in a statement, advised eligible citizens, particularly those who turned 18 after the last registration, as well as those who had not registered previously, to visit the nearest INEC office and register promptly so as to enjoy the continuity of Governor Prince Dapo Abiodun in the next dispensation. The governor’s ISEYA agenda with his experience, intellect, and exposure, is positioning Ogun state as the nation’s industrial hub.

He further said: “For those who have not collected their Permanent Voter Cards (PVCs), they should know that PVCs are their legitimate weapons to elect leaders of their choice in future elections, while those who have lost, damaged, or need to transfer their PVCs should go to the officials at INEC council office on the next steps.

He warned those who had registered and collected their PVCs not to involve themselves in multiple registrations, as this is a criminal offence.