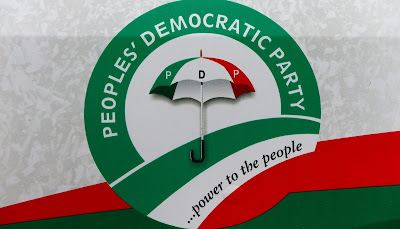 The party gave the advice at a Media Chat on Monday in Lagos.

The News Agency of Nigeria (NAN) reports that the event was organized by the Independent Campaign Organisation (ICO) of the party.

The party’s Chairmanship candidate in AOLG, Mr Adedayo Adesoye, said anyone caught for electoral malpractice would bear the brunt of the law.

According to him, the Chairman of Lagos State Independent Electoral Commission (LASIEC), Justice Ayotunde Phillips, had assured stakeholders that all votes would count.

“Justice Phillips warned all party chieftains, community leaders and families to be responsible for their children and wards.

“We were also assured that the results will be announced from the polling units,” he said.

He urged party agents and the electorate not to allow any LASIEC collation officer leave the polling unit without first displaying the results publicly.

Speaking on the power of incumbency, Adesoye said if President Muhammadu Buhari contested against a candidate from the ruling party and won, history could be repeated in AOLG.

“The power of incumbency lies in the hands of the electorate,” he said.

The Vice-chairmanship candidate, Mr Chijioke Ukwu, assured voters of their safety during the election.

“We’ve been engaging all security outfits, ensuring that they are present on the day of election.

“We don’t want anybody to come and influence the election for us; we want a level playing field,” he said.

Ukwu urged voters to ensure that they report any issues, including molestation to the party’s agents, so security agencies could be contacted.

NAN reports that the Lagos State Independent Electoral Commission has fixed the conduct of elections in the 20 Local Governments and 37 Local Council Development Areas, LCDAs, in the state for July 24.