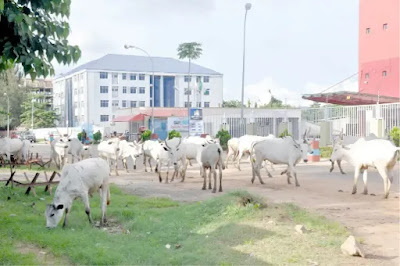 The outgoing Commissioner of Police in Kaduna, AIG Umar Muri, has said that the Police Command under his leadership arrested 492 suspects and recovered 676 rustled cattle between January 1st to 30th July 2021.

He noted that 315 suspects have been charged to court and 176 convicted, while others are pending trial before the various Courts.

Muri who has been redeployed to Zone 13 Awka, Anambra State as the AIG of the Zone comprising of Enugu and Anambra States said his policing in Kaduna for 19 months has been very herculean, particularly in tackling armed banditry within some quarters of the state.

“This disturbing and disheartening upsurge of armed banditry, we all agree, has caused great havoc to the economy and wellbeing of innocent citizens living and passing through the state in recent times.

“More disturbing is the fact that the rate of kidnappings in the state seems to be on the increase despite the tireless efforts and strategies embarked upon by security agencies, the state and federal governments in ensuring that kidnapping and other related crimes are nipped in the bud.

“It is a fact that where farming is disrupted in a given community, famine is beckoned at a speedy rate to befall that same community. This is one of the glaring challenges that stare us right into our eyes as a State and the Nation at large. Our farmers, as we speak, cannot go to their farms free-minded to boost food production in the country.

“The obvious implication of this is a sharp rise of food scarcity and the likelihood of increase in criminality and violence across the Country. It is on this note, gentlemen of the press, that the Command has done and still doing everything possible to get our farmers back to farm, without fear of molestation or harassment from any quarter, especially now that we are in the middle of the rainy season. This, if achieved, will no doubt magnify the security and economy of the State and the Country at large,” the AIG said.