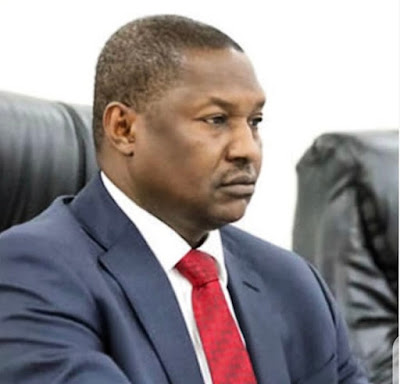 The Federal Government of Nigeria has kept mum over the arrest and planned extradition of embattled Yoruba Nation activist, Sunday Adeyemo also known as Sunday Igboho, to the headquarters of the Department of State Services in Abuja.

But it was gathered that Nigeria’s former Chief of Army Staff and current Ambassador to the Benin Republic, Lt. Gen. Tukur Buratai (retd.), has been pressing diplomatic buttons to hastily extradite Igboho to DSS custody in Abuja.

However, Igboho’s lead counsel, Yomi Aliyyu (SAN), noted that his client cannot be extradited because the 1984 Extradition Treaty between Nigeria, Benin and two others excluded political refugees like Igboho.

Igboho and his wife, Ropo, have been kept in police custody in Cotonou since Monday night while his lawyers are in talks with the Beninise government to secure his release and stop his extradition.

Igboho and his wife were arrested by Interpol at the Cadjèhoun Airport in Cotonou around 8pm on Monday while trying to catch a flight to Germany. It was learnt that the Nigerian government had written Interpol to hunt Igboho.

The DSS had raided Igboho’s residence in the Soka area of Ibadan on July 1, 2021, arrested at least 12 of his associates and killed two others during the bloody raid.

Igboho escaped the raid and the secret police subsequently declared him wanted for allegedly stockpiling arms to destabilise Nigeria under the pretext of Yoruba Nation agitation but Igboho denied the allegation.

The activist, who went underground, was, however, apprehended on Monday night in Cotonou.

The PUNCH gathered that the Federal Government planned to extradite the activist on Wednesday (yesterday), but Benin Republic insisted that it would not be part of any process that was against due process.

A security source in the West African country, who spoke to The PUNCH, said, “The Nigerian government planned to extradite him on Wednesday but our government said the rule of law must be followed as the world is watching us.”

Efforts to get an official response on Igboho’s issue from the Federal Government were not successful on Wednesday.

Calls to the mobile telephone number of the Special Assistant to the President on Media and Publicity, Shehu, had yet to be picked nor returned as of the time of sending this report.

A response to a text message sent to him on the subject was still being awaited as of the time of filing this report at 7:45pm.

Similar calls to the mobile telephone number of the Spokesman for the Attorney General and Minister of Justice, Dr Umaru Gwandu, were neither picked nor returned.

A response to a text message sent to him was still being awaited as of the time of sending this report at 7:47 pm.

The Ministry of Foreign Affairs has yet to appoint an official spokesman after the last one went on foreign posting about a month ago.