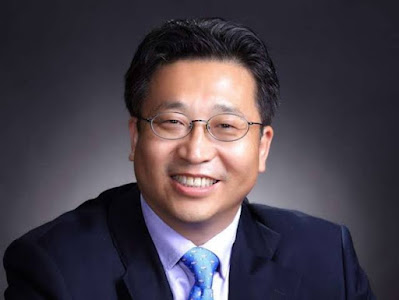 Mr Cui Jianchun, Ambassador of the People’s Republic of China to Nigeria, says his country’s loans to Nigeria are of mutual benefit.

Jianchun spoke on Thursday, while responding to questions on the benefits of Chinese loans to Nigeria, at a seminar entitled “Learning from the Chinese Communist Party’s History and Creating a Brighter Future”, which was held at the University of Abuja.

He, however, expressed regret that some super powers were painting a bad picture of China’s intentions.

According to him though, it is only logical that when one lends money to a friend or business partner, one will also think of how to get the value of the money back.

“Some politicians have tried to use the new colonial system mind-set to say that, ok, if I lend you money, if you cannot pay me back, you will lose your sovereignty.

“But I want to let you know that the logic is that first, China loves to do something for Nigeria, not only to help, but it is also beneficial to the two countries.

“For example, the Chinese side can work with Nigeria for the railway station because now, money is a big constraint, just like in 1978, we had no money.

“But I do believe that now, at this critical time, we need the money to develop this country. We cannot wait for five years, ten years later.

“Sometimes, when we were planting trees for the next generation, some people said we were borrowing money to let the future generation bear the burden.

“Now, this is not true. Every country has to do something for the next generation, otherwise, the country cannot move forward,” Juanchun said.

He said when the Communist Party of China (CPC), was founded, it had just a little over 50 members.

He, however, said things had changed as the ruling party now had more than 95 million members in a country of more than 1.4 billion people, making it the largest governing party in the world, with tremendous international influence.

“To be frank, by learning from history, we can understand why powers rise and fall. Through the mirror of history, we can find where we currently stand and gain foresight into the future.

“In fact, if we look back on CPC’s 100-year history, we can see why we were successful in the past, and how we can continue to succeed in the future.

“This will ensure that we act with greater resolve and purpose in staying true to our founding mission and pursuing a better future on the new journey that lies before us,” Jianchun said.

Prof. Sheriff Ibrahim, Director, Institute for Legislative Studies, University of Abuja, said the development of the Communist Party of China was something to celebrate.

According to Ibrahim, the successes are worth celebrating as the CPC proved to be a nation builder; helping China to emerge as the second largest economy.

The don said with the Chinese success story, the CPC had every reason to celebrate globally its 100 years of existence and sitting at the helm of affairs in China.

He said this success story is what gave the centre the idea to organise the event so that it could discuss and learn from the Chinese experience.

Dr Momoh Kabir, Former Acting Director-General, National Institute for Hospitality and Tourism (NIHOTOUR), said though Nigeria’s circumstances might be different from China, there were however, useful lessons to be drawn from the Chinese experience.

“Not just Nigeria as a country, but even our sister African countries, and the world at large.

“We are a democracy and we are a growing country. And if there are certain things that we can take from some other countries, especially like China, it will be worth it,” Momoh said. (NAN)