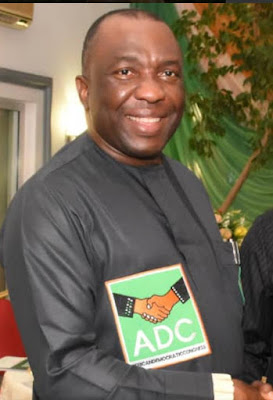 The National Chairman of the African Democratic Congress(ADC), Chief Okey Nwosu on Tuesday said, in civilized climes, three political parties, namely: All Progressives Congress(APC), Peoples Democratic Party(PDP), and the All Progressives Grand Alliance(APGA) would not participate in the Anambra Governorship election in November.

He accused the three parties of exhibiting gross indiscipline during their respective governorship primaries, a situation which has led to a series of litigations.

Nwosu, who spoke about the chances of his party in the forthcoming election in Awka, said, “We have 15 House of Assembly members across the West. We also have five Reps members, but two of them later defected to APC because they soiled their hands. But the Anambra election will redefine issues.

“As far as we know, the three political parties in Anambra State have shown gross indiscipline during the primaries.

“If it were a place where things work, the three parties namely APGA, APC and PDP will not participate in the November 6 election and if we don’t correct it now, the country is doomed politically.”

Nwosu who spoke glowingly about the chances of the ADC candidate, Chief Akachukwu Nwamkpo, a former aide to ex-president Goodluck Jonathan, noted that the candidate and the party enjoy the good will of Anambra people who were willing to vote in favour of the ADC.

He further noted that former President Jonathan still enjoys the goodwill of the people of Anambra State saying this will also work in favour of the ADC.