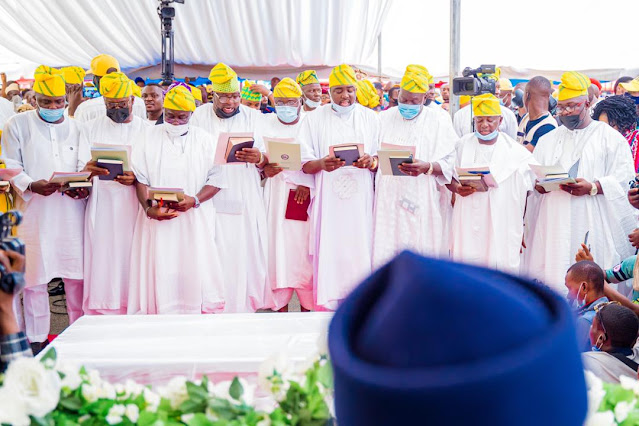 The governor, while addressing the new chairmen at the swearing-in ceremony held at the Arcade Ground, Oke Mosan, Abeokuta, charged them to ensure they provide good governance at the grassroots.

Abiodun, who noted that the local government is not just a tier of government as stated in the country’s 1999 constitution, as amended, further tasked the chairmen to usher in a new vista of development in their various councils. 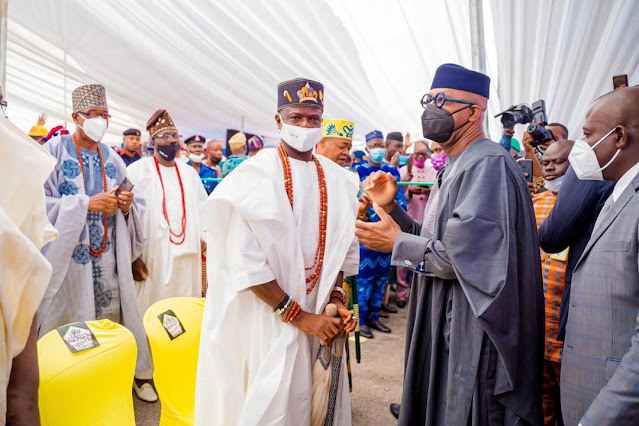 While commending the chairmen for stepping out to make themselves available for service and most especially, for the entrenchment of good governance at the grassroots level, the governor noted that "your victory at the poll is a combination of the confidence reposed in your individual abilities, the faith the people have in the ruling All Progressive Congress (APC) to provide the needed development and ensure individual prosperity for our people at the grassroots".

"It is important that you appreciate the enormity of the responsibility your victory places on your shoulders. The Local Government is not just a tier of government stated in our country’s 1999 constitution, as amended; it is the closest to the people and so much is expected from you. Therefore, your assumption of office must bring a new vista of development to our people at the grassroots.

He urged the newly inaugurated council bosses not to rely exclusively on allocations from the Federal Government, but be creative in generating funds internally, and incorporate the Public-Private-Partnership (PPP) model, without over-burden the people, who according to him "are the essence and facilitators of your being in power". 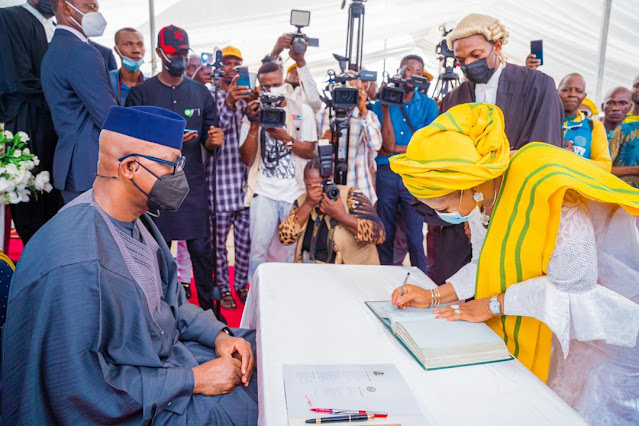 The governor added, "You should take a cue from our approach at the state level by being cerebral; methodical; systemic and ensure strategic allocation of funds. Let me assure you all that our Administration at the State level, will continue to support our LGAs with funds where and when necessary.

"Our administration will continue to formulate policies and implement programmes that are people-friendly. We expect you to replicate same at your level. All these will further bring to fruition the successful implementation of the “Building our Future Together” Agenda. I expect that you will take a cue from us and implement your own Local Government brand of I.S.E.Y.A".

While commending people of the state for coming our to vote in the local government elections, the governor equally lauded members of the political parties, especially the APC, for making the exercise a success.

Abiodun, however, said a retreat would be organised for the new leadership at the local government level, to ensure a shared vision for development and to acquaint them with the opportunities and challenges associated with his administration's focus.

He also thanked the Transition Committee members of the respective Local Government Areas, for serving meritoriously for the period of 18 months.

"To all those who contested for one position or another, let me say there are no winners or losers. We do not believe in a zero-some game and ours is an inclusive government. We are all winners. I appreciate everybody for exhibiting the spirit of inclusiveness and sportsmanship. As I have said in many fora, we will ensure that everybody finds a place to serve our dear State and the people", he added.

The governor, however, called on the people at the local government level to hold the council chairmen to account.

"You have voted them in. You should also ensure that you continue to give them suggestions on how to improve the lots of the people in their areas. We must understand that the democratic process does not end at electing representatives but also in helping them to do what we have elected them to do. Democracy is not an event, it is a process", Abiodun submitted.

He reiterated that his administration will continue to respect the autonomy of the local governments and give them the necessary support to carry out their constitutional responsibilities.