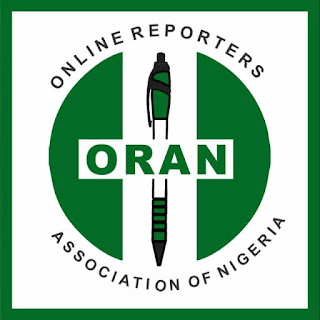 The Online Reporters Association of Nigeria, ORAN, has commiserated with the family of late doyen of journalism and first civilian governor of Lagos State, Alhaji Lateef Jakande, who died in the wee hours of Thursday 11th February, at the ripe old age of 91 years old, and has since been buried according to Islamic rites.

According to his son Deji Jakande, Alhaji Lateef Jakande died peacefully in his sleep.

Speaking on behalf of the association, ORAN president, Mr. Tijani Adegbola, who had also been a beneficiary of the late doyen’s benevolence expressed deep pain at the what he described as an “irreparable loss” to the Media World and Nigeria as a whole.

He added that the kind of factual and forthright style of the late doyen is what all Nigerian Media should emulate for progress and prosperity and had been the bedrock upon which the ORAN motto, “To Restore the integrity of journalism”, had been coined.

He also endeared all journalists to emulate the late legend’s professional ethics.

Alhaji Lateef Jakande, who was an alumnus of the prestigious King’s College, Lagos, also schooled in Port-Harcourt and Ilesha. He started his journalism career as a reporter with the Daily Service in 1949. He quickly rose to become the paper's editor in 1951 and two years later, he went on to edit the pro-Action Group Newspaper, The Tribune. Alhaji Lateef Jakande’s editorials were factual and forthright and were treated by the colonial powers with respect.

From there, he rose within the Awolowo influenced Amalgamated group to become editor in chief of the group in 1956 and managing director in 1960. He later served as MD of the African Newspapers, another Awolowo group. Jakande later ventured into his own entrepreneurial publication, the John West, Inc, publishers of the Lagos News.

Jakande was president of the International Press Institute and the Nigerian Newspaper Proprietors Association.