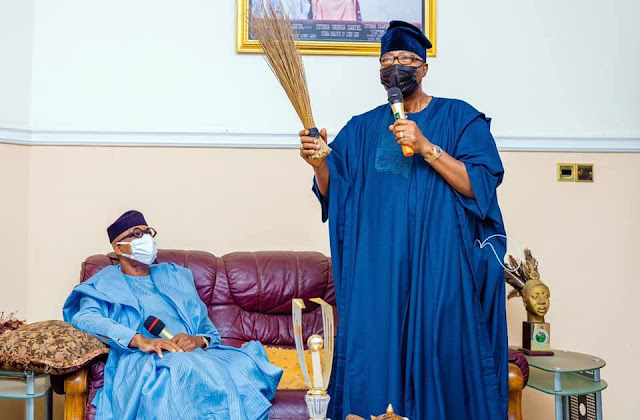 Daniel, the former Director-General, Atiku Abubakar Presidential Campaign Organisation was received into the party at his Asoludero residence, Sagamu, by the host governor, Dapo Abiodun, Ondo State Governor, Rotimi Akeredolu, Atiku Bagudu (Kebbi), Abdullahi Ganduje, Niger State Governor, Abubakar Sanni Bello.
The two-time former governor of the state had in March, 2019 officially resigned from the PDP, saying he was pulling out from partisan politics.
Daniel, popularly known as OGD, in a letter, dated March 14, 2019, which he personally authored and addressed to National Chairman of the PDP, Uche Secondus resigned from the PDP. 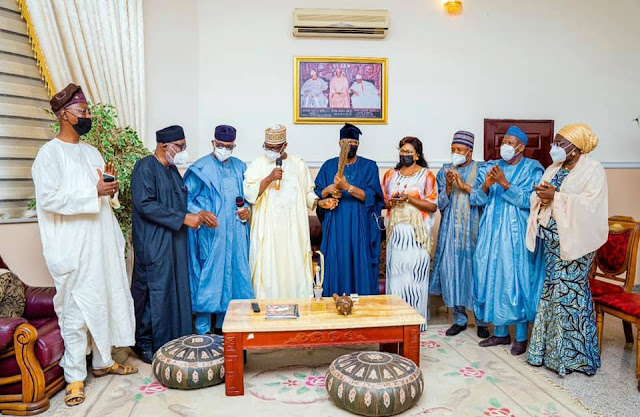 Receiving Daniel into the party, Abiodun said, “OGD will come with a lot of experience, a lot of wisdom, he is a very dynamic individual, he is referred to as the lion of the west.
“He (Daniel) will no doubt add a lot of value to our great party. I have the pleasure of leading my colleagues to receive you (OGD) into APC.”
Bello who is the Chairman of APC Registration and Revalidation Committee, presented broom, a symbol of the ruling party, to formally welcome him into the party.
He disclosed that the National Chairman of APC Caretaker Committee, Mai Mala Buni, and Bagudu would be formally presenting Daniel to President Muhammadu Buhari.
In his remarks, Bagudu who is the Chairman of APC Governors’ Forum, described as a political colossus with outstanding politics. 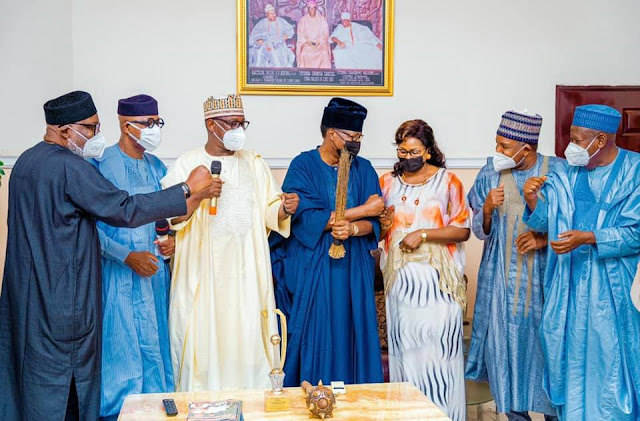 He said APC has grown bigger and better with his defection, adding that he party is happy to receive him.
Akeredolu described Daniel’s defection as homecoming and called on leaders of APC in the state to come together and build the party stronger.
Responding, Daniel said the decision to join APC was “well-considered and thought out.”
According to him, more than ever, Nigeria needs leaders to come together and speak with one voice in order to tackle challenges.
Daniel said, “To all our people in Ogun State, I can assure that the decision to join the APC is a well-considered, well thought out decision.
“More than any time in the history of this country, what we need to do is to speak together with one voice. Our people have challenges, there is despondency in the land because of security challenges and if anybody is patriotic, this is the time for us to join hands.
“And for us in Ogun state, we have no other choice, we have a good governor and we are determined to support him to succeed”.