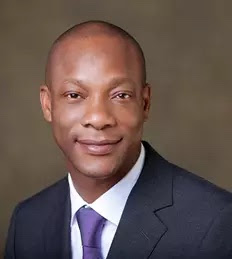 Segun Agbaje, the managing director/CEO of Guaranty Trust Bank (GTBank), is not a popular man. To many, he is aloof, too strait-laced, not your typical run-of-the-mill Nigerian. As one of Nigeria’s foremost bankers, he has a reputation for running a tight and efficient ship, is unflinching in his pursuit and recovery of loans from the country’s systemically chronic debtors who have a sense of entitlement believing that they can borrow depositors’ funds without paying back, and does not give a hoot about those critical of his take-no-prisoners approach to banking.

In the media space, he does not seek publicity, he lets his work speak for itself, could not care less if his story or photograph makes the front page of the newspapers, limits his bank’s advertising spend to what he believes is necessary to market and promote GTBank to a wider audience, and through NdaniTV and Ndani Blog understands the power of the social media in reaching out to youths that make a larger percentage of Nigeria’s and regional demographic where the bank operates.
To me, Agbaje is the ideal banker. He is not my friend and we only interact sparingly and strictly professionally as the need arises. Yet, I cannot help but wish that we had more bankers like him in this country. If we did, fewer Nigerian lenders would have to make provisions for unpardonable impairment charges on bad loans given to delinquent debtors, fewer banks would engage in reckless insider lending that threaten their capital adequacy and liquidity ratios, more banks would recognise that they have a fiduciary responsibility to manage their customers’ deposits with care, and more banks would know how to sweat their assets in the most cost-efficient manner to make the most attractive returns to their shareholders.

In all the key parameters used in defining the size of banks, GTBank, among the five Tier 1 banks in the country, is not by any stretch of imagination the biggest. In terms of total assets, loans and advances, customer deposits, number of branches, and presence on the African continent and beyond, FirstBank, Zenith Bank and United Bank for Africa (UBA) stand head and shoulders above GTBank. By Nigerian standards, the “big three” could be called banking behemoths and are very difficult to supplant. Still, GTBank, with its cost optimisation strategy, asset quality and stability ratios, among others, has over time proved to be the most profitable bank in the country. Its stock has remained the bellwether in the banking segment of the Nigerian bourse for years, signposting the confidence institutional and individual investors have in the bank.

But this article is not about GTBank’s financial performance. Its annual and quarterly reports, including those of its peers, are public documents that can be readily accessed for in-depth comparative assessment. What I have found more interesting about the bank is its focus on corporate social responsibility (CSR) and interventions in key economic sectors targeted at strengthening small businesses through not-for-profit fairs and capacity building initiatives. For two years in a row, GTBank has solely funded and hosted its Food and Drink Fair and Fashion Weekends, making them social and tourist events that feature prominently on Nigeria’s social calendar. That is not to say that the bank has not focused on other areas of CSR. Its 2016 annual report showed that GTBank spent about 58 per cent of the N449.62 million of its CSR funds on education alone while community development accounted for another 30.8 per cent.

But it is GTBank’s focus on food, drink and fashion that have been the most impactful publicly, bringing together scores of promising, talented and recognised local and international chefs and food vendors, drinks makers and merchants, fashion houses, milliners, fashion accessory designers and leather goods makers in a dizzying, well-put together and well-thought out extravaganza that leaves the public yearning for more. Both events, which are open to the public, have been attended by several thousands of people, including children, for two years running that have left attendees breathless and wondering how the bank manages to package the two fairs in areas where it has no competencies.

The trick, says Agbaje, whom I had to hound to open up on the success behind both fairs, is getting and attracting the best participants and controlling costs by getting the bank to work directly with the contractors who have to build the stalls, decorate the venue, create play areas and cooking classes exclusively for children, and provide the music, etc., during both fairs; no middlemen or consultants are used by the bank. For him, the fairs present an opportunity for GTBank to deepen its footprint in the retail banking space and increase its SME lending from 2 per cent of the bank’s loan book to 10 per cent over the next five years.

With time, he would also rather extend more loans to small and medium-sized businesses that are more impactful on the economy and achieve a loan recovery rate of 70-80 per cent, than pursue Nigeria’s so-called “big men” with woeful credit track records. Although he was demur about what it costs his bank to host both events, he was emphatic that making money at this juncture is not the overdriving objective, at least not in the short-term, but recognises the long-term benefits not just for GTBank but other Nigerian lenders.

Beyond this objective and given the magnitude of both fairs and their potential to grow into annual events that could attract millions from across the global, Agbaje’s vision is not one to be trifled with. Already, the GTBank Food and Drink Fair and the GTBank Fashion Weekend create thousands of direct and indirect jobs and referrals for hundreds of young Nigerians who have to build the stalls, decorate the venue, and provide the music, entertainment, security and other support services to make them a resounding success. And they have the potential to create even more.

Aside the suppliers, vendors and designers that make brisk business and achieve record sales during the fairs, the Master Classes included in both events are helping to build capacity and drive innovation in the creative industry that has proved to be a major magnate for Nigerian and African youths. By bringing them under one roof, GTBank has also provided a platform for shared services and given them the exposure that help these small businesses to grow and create more employment opportunities.

Without doubt, both fairs are worthy initiatives. But they could be better. In the last two years, GTBank has handled both fairs singlehandedly without support from other institutions and/or the Lagos State government, a direct beneficiary of the events and their spin-offs.  In 2016, the food and drink fair alone attracted 25,000 people; this year, it attracted 75,000 people. I do not have the numbers for the bank’s fashion weekends, but I can imagine that the number of visitors will not be far off from those who attended the food and drink fairs.

Given the swelling numbers, both fairs have already started to cause traffic gridlocks on the days they are held. They are also attracting touts and hoodlums who mill around the roads leading to the venue and try to pounce on unsuspecting visitors as they alight from their cars or walk to the venue. On a positive note, big and boutique hotels, restaurants and food caterers on the Lagos Island experience an upsurge in occupancy rates and patronage by participants and the international media who have flown in to take part or cover the events. All these translate to more tourist dollars, taxes and revenue generation for the federal and Lagos State governments.
The import of this should not be lost on the federal and Lagos State governments.

They have to do more than just show a passing interest in what GTBank has started. Given the potential for both fairs to become global destinations for tourists and visitors on the African continent, Lagos State in particular needs to improve on its infrastructure in and around the venue where both fairs are held. It must improve on traffic management and security to ensure that visitors can move about with ease and feel secure. According to Agbaje, in terms of support, the state government has not yet stepped up to the plate, nor has his bank sought for any. But he does acknowledge that with time, GTBank will have to reach out to Lagos State because of the interest both fairs are generating in terms of attendance and participation.

Right now, Agbaje appears to be satisfied with what his bank has accomplished in terms of bringing both fairs to the public’s consciousness. But do the federal and state governments understand the roles that they have to play in institutionalising them and ensuring that they outlast his stewardship in GTBank? Cities like Rio de Janeiro, London, Paris, New York and Melbourne that host major sporting, fashion, carnivals, music and film festivals every year, attracting thousands of visitors do not owe their success just to corporate sponsors but to the municipalities, state and federal governments that understand their roles and lend the required support to the private sector. As such, Lagos State needs to buy into the GTBank fairs as a public-private partnership that can and should work.