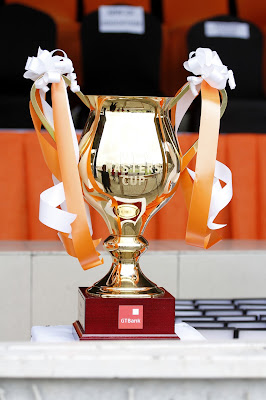 The 2017 edition of the GTBank Masters Cup will reach its climax on Thursday 29th June at the famous waterfront Onikan stadium in Lagos. The prestigious secondary schools football tournament is destined to end on an historic note as old rivalries will be renewed in the two matches that will feature the four most outstanding teams in this year’s competition.

Established in 2012, the GTBank Masters Cup is an annual football competition for first generation and private secondary schools in Lagos State geared towards the development of grassroots football, the discovery of young soccer talents, and fostering camaraderie amongst competing schools. The opener of this year’s final will be the match between Queens College, Yaba and Ansar-Ud-Deen Girls High School, Itire – a repeat of the keenly contested 2014 finals which, last time, ended 4-3 on penalties in favor of Queens College.
In the male category, two-time winners of the competition Anwar-Ul-Islam College, Agege will face arch-rivals St. Finbarr’s College, Akoka. Both teams met in the group stage of the competition in a thrilling encounter in which St. Finbarr’s College romped to a 6-2 win to finish top of Group A. 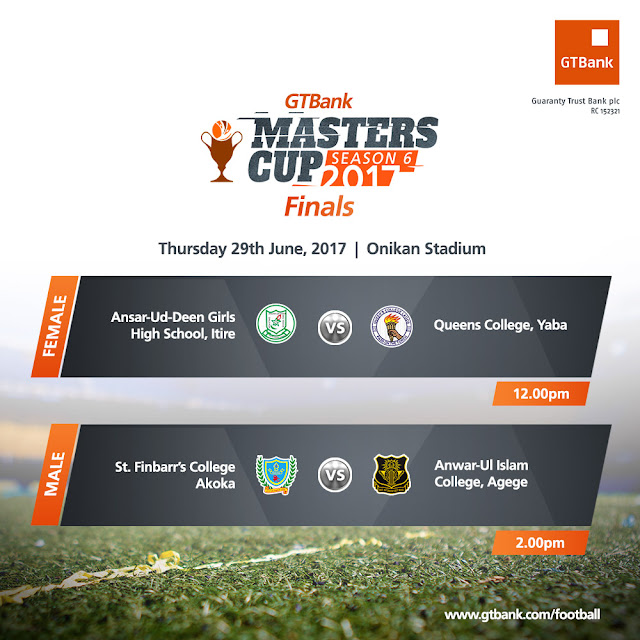 Except for St. Finbarr’s College who finished 2nd in 2015, three out of the four finalists have won the trophy in the past. Anwar-Ul-Islam College won the maiden edition of the competition in 2012, and retained the title the following year. They remain the only male team that have won the tournament twice in the highly competitive category.

Commenting on the Finals of the 2017 GTBank Masters Cup, Segun Agbaje, the MD/CEO of Guaranty Trust Bank plc, said “We are proud to lead this initiative that provides an avenue for students to showcase their talents and passion for the game of football even as they remain committed to their academics.” He further stated that “This competition paves the way for youths to cultivate their sporting talents and aptitudes, while fostering and building a healthier lifestyle at a critical stage in their lives”.