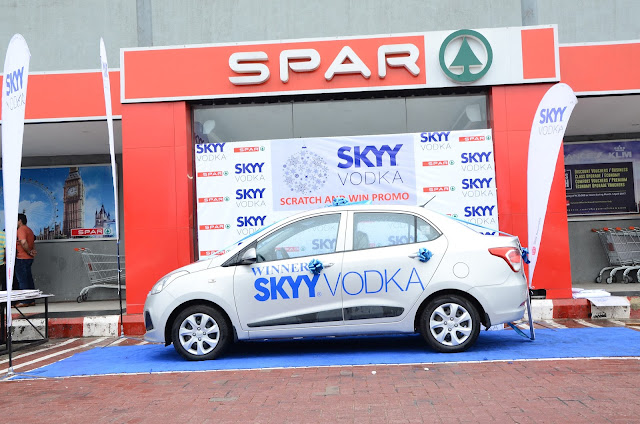 After five (5) weeks of Skyy Vodka Scratch and Win promotion in major Supermarkets in Nigeria, the management of Brian Munro Limited, exclusive marketers of premium wines and best spirits in Nigeria, awarded a consumer, Mr Babajide Adenekan with a Brand New Hyundai Xcent on Worker’s Day. 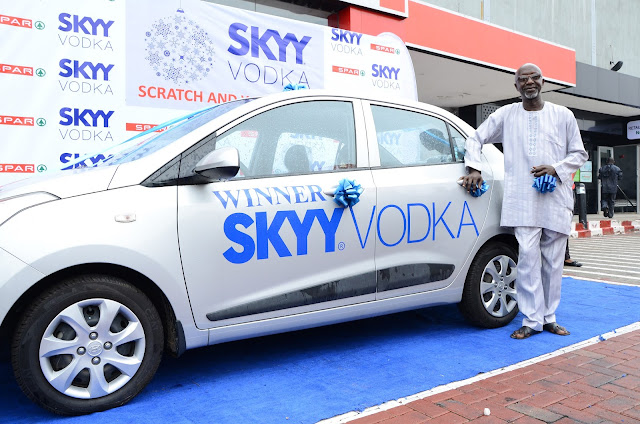 According to the brand manager Mr Olawande Alaran, the promotion which ran from March 21 to April 30 2017 had several consumers go home with lots of instant prizes such as Generators, Mobile Phones, Sandwich Makers, Blenders, amongst other fantastic prizes.
While presenting the key to the Brand New Hyundai Xcent to the Winner, Mr Adenekan at SPAR Ilupeju, Mr Alaran thanked all retail outlets and consumers for their support and loyalty to the Skyy Vodka. 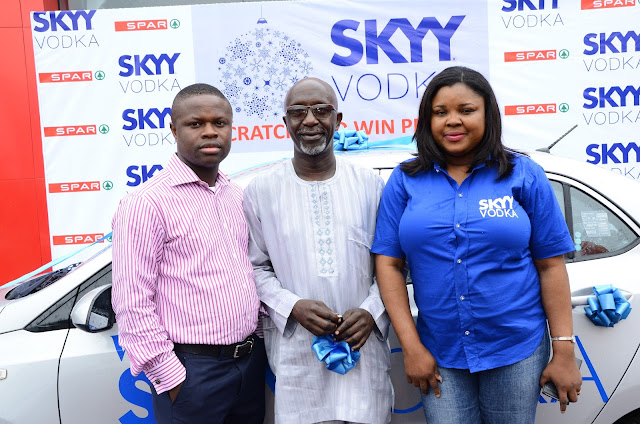 Also speaking during the presentation, Mr Adenekan explained that it was his friend’s birthday on April 27th and he decided to buy him two bottles of Skyy Vodka but to his amazement, he scratched and won a Brand Hyundai Xcent courtesy Skyy Vodka.

Elated Mr Adenekan responding to questions noted that he appreciates the reward and as a loyal consumer of Skyy Vodka, he then thanked Brian Munro for being mindful of the Nigerian worker and living up to its promise to its consumers. 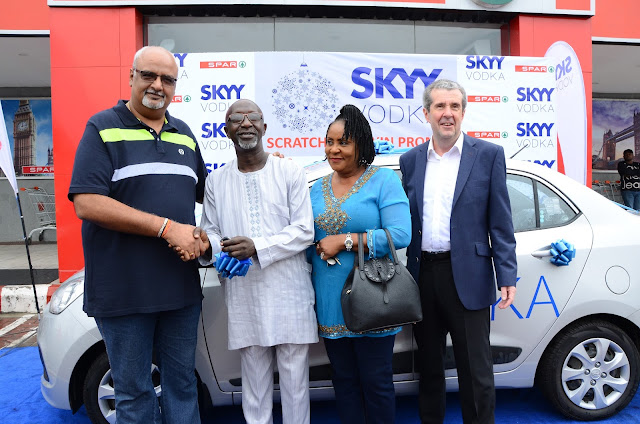 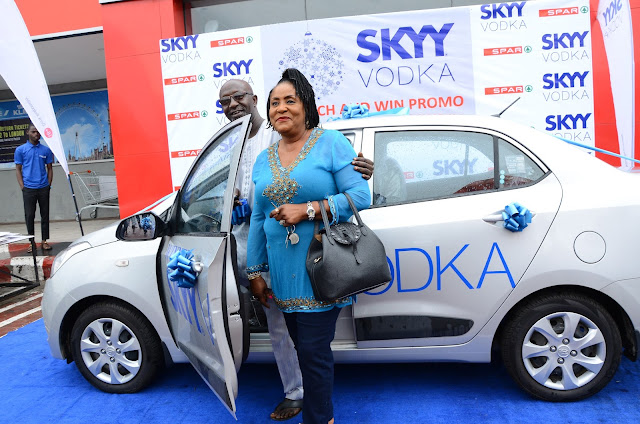 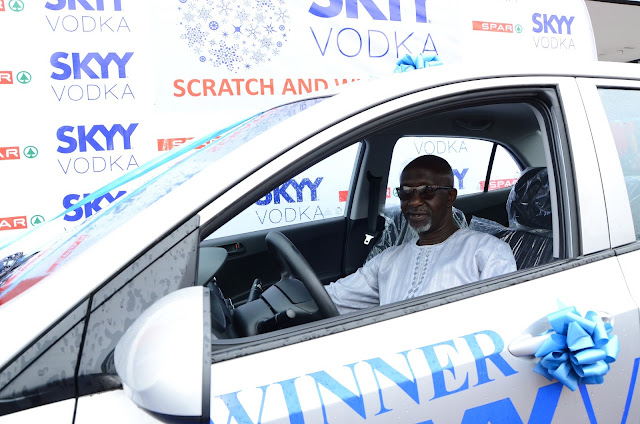 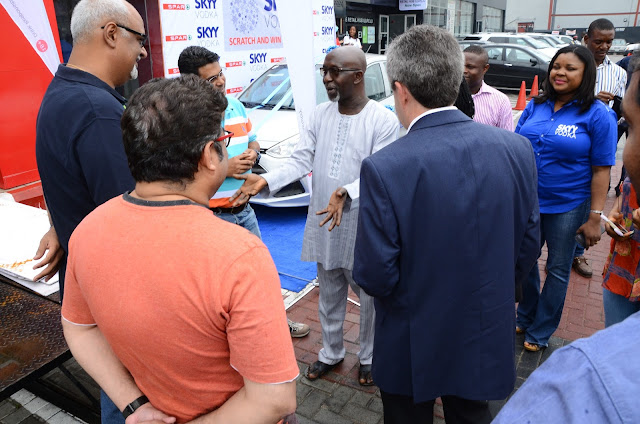 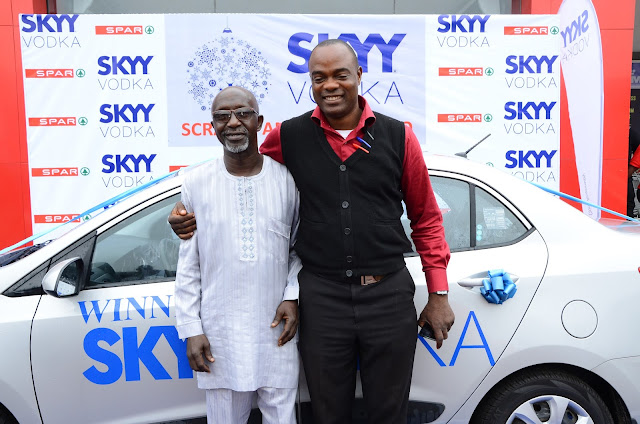 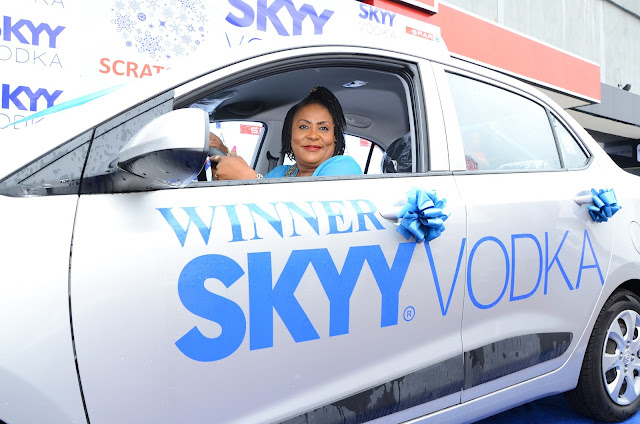