April 13, 2017
After 15 years of ground-breaking music concerts around the country, Nigerian Breweries, is overhauling its music platform, Star Music The Trek, in a move that’ll be a pleasant surprise to fans and consumers around the world.
Star Music The Trek is the most successful and consistent music platform by any Nigerian brand. The multi-city annual tour has held in over 25 Nigerian cities, featured over 50 musicians, and aired to over 100 million radio and TV audiences. Now, according to insider information, Star Music Trek is about to wear a new coat, as the company rolls out a new concept starting this week.
Hitherto music-only, Star Music The Trek will now give way to a new property called Star Music The Fusion: a union of two elements Star consumers care deeply about – music and football.
The platform will see music artistes, football legends and DJs compete in teams named after the brand’s partnered clubs; Manchester City, Real Madrid, PSG, Juventus, Barcelona and Arsenal.
Just like Star Music The Trek, it will host concerts in various cities across Nigeria. Playing on the success of the foremost nationwide tour, Star Music The Fusion will take the biggest artistes and football legends in Nigeria across the country in hopes of a team winning the competition. 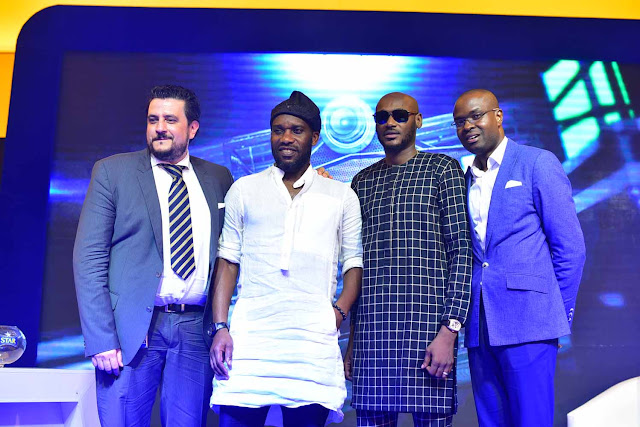 The winning team will together with a group of select consumers visit the stadium of the team they represent to watch a football match live.
Speaking on the new platform, Portfolio Manager, National Premium, Nigerian Breweries Plc, Tokunbo Adodo stated that,
“It’s always frightening going into something new but we’re quite certain that the feats Star Music The Trek achieved will be inherited by Star Music The Fusion as it has all of its elements and more with the football blend. We can’t wait for Nigerians to experience the new platform as we’re sure it will be a massive success”.
The new platform comes in close to the Barcelona partnership announcement and the NPFL          match activations solidifying the brand’s promise to connect with music and football fans across Nigeria.
Over sixty years after it was first produced in Nigeria, Star lager beer has continued to occupy the premium position by bringing a brighter shine to millions of fans. The brand has consistently sustained, through platforms like STAR Trek, STAR Quest, Star Super Fans, ‘Shine On Nigeria’ and STAR Mega Jam, its support of Nigerians’ interests and passions.
Source:789marketing.com.ng,brandessencenigeria.com,bhmgroup.ng