PECADOMO : It's Time To innovate

February 02, 2017
Its 2017 and the world is not where it used to be. Our world has moved, edging closer to the dreaded 22nd century. It’s the freaking digital age and disruption is happening all over the world. The world’s biggest taxi company owns no single cab. World’s biggest media creates no content. The world’s largest music company signed no artiste. World’s largest telephoning company has no telco infrastructure.
The world’s largest video company owns no camera. The world’s biggest marketplace has no merchandise of its own. The world’s largest library don’t write book. The world’s largest software companies don't write apps. The world’s largest movie house owns no cinemas! Of course, we know Uber, Facebook, iTunes, Skype, YouTube, Amazon, Google, Apple and Netflix. I wonder what lurks ahead for humanity as we approach the next century. The future is gonna be mad!
These thoughts ruled my mind as I drove towards Lagos after the wild Christmas break. My mind wandered about in quest of culinary trends in our ‘green and white’ nation. I started with ‘mixology trend’. Nigerians are getting more health-conscious and getting careful of what goes into their system. They also want to enjoy their bitter liquor though with an enhanced taste. The eating your cake and having it stuff. These and other social concerns ushered in the concept of ‘mixology’; and Coca Cola, being the always-smart-brand tapped into the trend and encouraged liquor consumers to mix, but only with Coke.
I chuckled at this thought and shared with my wife as we rode, moving closer to Lagos. Conversation ensued and shifted to smoothies, cocktails and salad; and how pundits have innovatively sold the concepts to Nigerians, leveraging the growing health consciousness.
I aired my concern on how staple ball foods have remained the same ever since and that was the trigger needed to activate something in my wife. She lectured me on a new trend in the kitchens of the young Nigerian mums; it is called ‘pecadomo’ meaning Peak Can Do More! Wow!
She said the young mums have embraced the use of Peak Milk beyond the traditional bread and tea, and Peak Milk can now be used to prepare traditional foods like eba, semo, amala, pounded yam, etal. 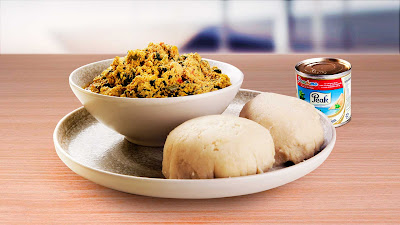 They are usually busy mums between ages 25-45. They are health-conscious, upwardly-mobile, and since they know that a family’s health is the mother’s scorecard, they do everything to keep their family healthy and happy.
‘Pecadomo is a great strategy of meeting the nutritional needs of every family member as critical nutrients are situated at every gastronomic touchpoints’.
‘Really?!’ I questioned
‘Yeah. Its about being a good mother to my kids and great wife to my hubby. Its the right thing to do in this age where we hardly have time for decent meals’. She nailed it. 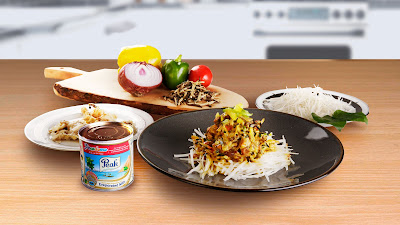 I was impressed at the innovation and the quality of thinking behind pecadomo. This means that innovation is not only about creating apps or inventing drones, but also adding values to little things that matter in our lives. However to innovate, there is need for stronger body and sharper mind; and Peak Milk comes to rescue in enhancing the mental and physical performances of consumers.
So either you’re an app developer, a creative writer, recipe mixer, or content producer, always know that Peak Can Do More for you.  #pecadomo