June 27, 2016
Nigeria’s number one noodle brand, Indomie, recently made history as it unveiled a new brand extension, Bellefull Pack. Considered as Nigerian’s first consumer named chicken flavour noodle brand, Bellefull is the result of a painstaking research embarked upon by Indomie; which had the brand asking consumers what more it could do for them. Consumers echoed that they wanted largest single consumption pack. Indomie ‘listened’ and then responded with Bellefull. 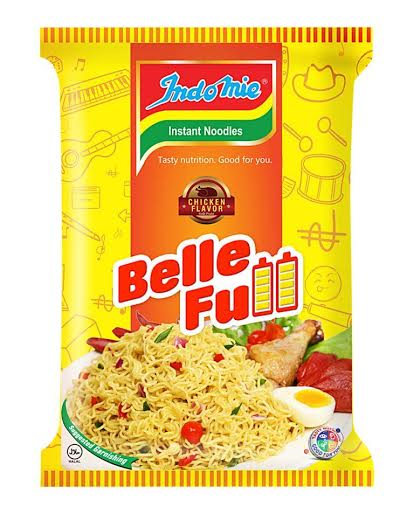 Bellefull is a noodles brand that satisfies like no other with great tasting, lip smacking, delicious INDOMIE. It comes at an attractive price of N150 and a sure answer to a quick convenient meal that can be garnished to give all the nutrition that is needed. The innovative brand was formally unveiled recently to the public at the function hall of Sheraton Hotels, Lagos.
The highlight of the launch was the witness of the selection of the Indomie Bellefull Online Comedy Competition winners from hundreds of entries which produced MISS ATUEYI ADA AND MASTER ABIOLA OLORUNYOMI OF UNCLE I DON BELLEFULL VIDEO as the latest millionaire in town.
“We are a consumer inspired and brand led business and at every particular point in time, we go the extra mile to ensure that we provide superior satisfaction to our consumers. And one way we try to do that is to always check with them to know what they want. First we study via various research which showed that while Nigerians like their favourite Indomie, consumption was greatly tilted towards breakfast or snack time occasions because of the perception that noodle is a light meal. Our quest was therefore to understand what the real bowl size was for other consumption occasions such as lunch or dinner given the economic realities to come up with a full meal that had an attractive price point and would be considered a total hunger buster. When we probed deeper, we got more insights into what we needed to do. And that gave birth to Bellefull. “Bellefull” the name in popular lingua can be associated with as it implies the feeling you want to get after eating the noodles.” 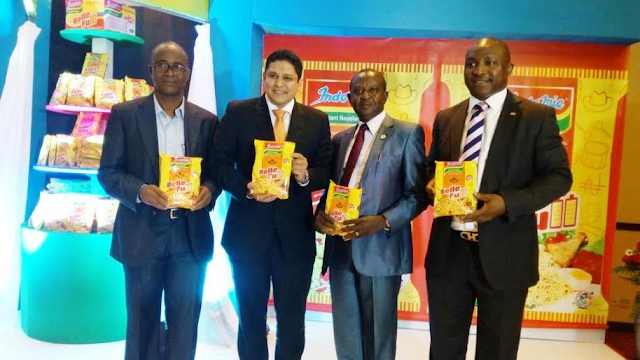 On why Indomie launched Bellefull, Mr.OnomeAsagbra, Product Manager, Dufil Prima Foods Plc., emphasized that it defined how both consumers and marketers can together give creative solutions to everyday needs. He said:

Shedding more light on the uniqueness and extra benefits of the new Indomie Bellefull noodle, Mr. Onome stated that,“it satisfies and fills you up no matter how hungry you are with little cost. It comes at an affordable price point of a hundred and fifty naira with all the great taste you love in your Indomie.” 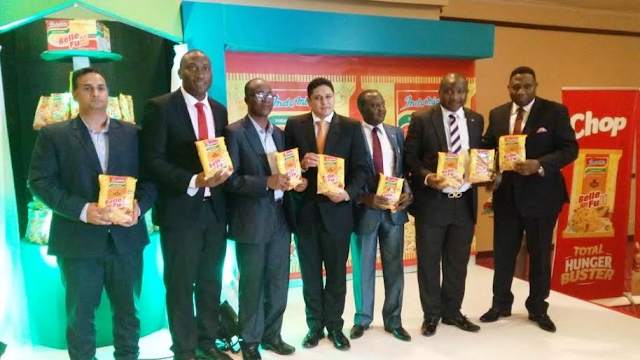 Speaking on the rationale behind the unique launch of Bellefull, Marketing Director, Dufil Prima Foods Plc, Girish Sharma stated:“Having produced such a fantastic product, we also wanted to introduce it to our consumers in an extra exciting ambience with an extra first-of-its-kind experience. You can’t have a fantastic product like this, the first of its kind in Nigeria and perhaps in the world and just launch it quietly.”

He added that Bellefull would soon be available to consumers nationwide.