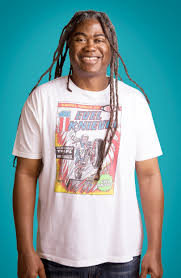 Organisers of the 2017 Loeries Creative week have promised that the one week event will be an engaging and stimulating experience for marketing communications practitioners as eminent creative persons and global thought leaders have been engaged to give their views on the value of creativity.

The event which is expected to attract top practitioners in the in the brand communications industry across Africa and the Middle East takes place from Monday 15 August to Sunday 21 August, 2016 in Durban, South Africa.

The highlight of the festival is the DStv Seminar of Creativity, which takes place on the Friday of Creative Week (August 19 2016). The seminar includes Jury Presidents and global thought leaders. Jury Presidents this year include some of the most iconic and creatively talented individuals in the field.

The eminent personalities include Jimmy Smith, an Advertising veteran and CEO of Amusement Park Entertainment.Smith will bring his unique insight to the judging panel, having previously demonstrated his creative prowess in  variety of roles as a copywriter, creative director, author, TV writer, video game creator, and film and record producer in Los Angeles.

Responding to his appointment he said, “I’m actually speechless. Words can’t describe how excited I am to be a Jury President of the Loeries and speak at the DStv Seminar of Creativity.”

Another prominent member of the Jury is Laura Jordan-Bambach, a digital icon and Creative Director of London based Mr. President. Over the past two decades, Jordan-Bambach has brought a fresh and experimental approach to brand communications. Her ability to combine tech insights with passionate storytelling has won her numerous awards, she has also been recognised globally as an innovator and industry leader.

“I’m incredibly thrilled to be Jury President this year at one of the most electric awards shows on the global calendar. The Loeries is an opportunity for the world to celebrate work that defies the conventions set in other regions and that speaks with its own distinct voices. I’m honoured to be part of this amazing festival of creativity,” she said.

Susan Credle, the Global Chief Creative officer of FCB is also one of the Jury President in this year’s event. She’s been named as one of Advertising Age’s 100 Most Influential Women in Advertising as well as one of Business Insider’s Most Creative People in Advertising. In 2014, she was the Cannes Lions Jury President for Promo & Activation. Susan, who will this year lead the jury panel in the TV/Radio category.

Bridget Jung is a seasoned Creative Director with more than 20 years’ experience in the industry. She gained most of her professional experience in Europe, where she was recently the Chief Creative Officer at DigitasLBi Paris. With Bridget at the helm, DigitasLBi was named Digital Agency of the Year in 2013 and won more than 21 international creative awards in the same year.

Since moving back to her native Australia, Bridget founded Jungle, a creative consultancy in Sydney that focuses on sports marketing.
Some of the major partners of Loeries 2016 Tourism KwaZulu-Natal (TKZN), the Department of Economic Development, Tourism and Environmental Affairs, KwaZulu-Natal Province (EDTEA), EThekwini Municipality – Durban Tourism, DStv Media Sales, and Gearhouse South Africa.