The commendation was given as Platoon 8 won the gold medal in the tournament organised for the ‘Batch A’ of the corps members deployed to the Lagos Orientation Camp located at the Iyana-Ipaja area of the state.

Mr Cyril Akhanemhe, the State Director of the NYSC, who gave the commendation, described Promasidor as a pace setter that every other responsible corporate entity should emulate in terms of giving back to the society where businesses operate from.

He said the company has consistently created excitement for the Corps Members lodged at the Orientation Camp and that it has continued to make their stay there enjoyable. Apart from this, Akhanemhe said the tournament has helped to bring the sporting skills of the corps members to the fore.

Similarly, Major Shehu A. Bashir, the Camp Commandant gave thumps up to Promasidor Nigeria for sponsoring the tournament. His words: “Promasidor has tried very well to organise the competition. The company encourages the youth to put in more effort towards their physical fitness most especially in the NYSC Orientation Camp and in the nation, at large.”

Pleased with the performance of her team players, the Captain of Platoon 8, Miss Rayen Ogbogu applauded the team spirit exhibited by the platoon players throughout the various stages of the competition.

She disclosed that none of her players ever thought the Platoon could go so far as they had limited time to form the team and then prepared for the contest. Ogbogu however, identified the determination and selfless efforts shown by each player as the winning formula that gave the Platoon victory over their peers. 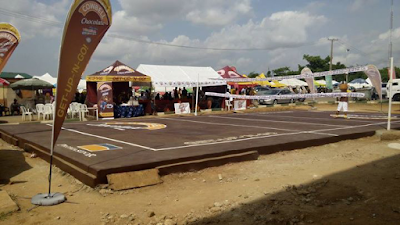 ‘It surely will not be complete without giving due appreciation to Promasidor Nigeria Limited for providing the platform for all the Corps members in the state. The company has, no doubt, placed the NYSC Lagos Orientation Camp ahead of others in the country as sporting activities of this magnitude is rare in others’, Ogbogu stated.

Commenting on the tournament, Mr. Abiodun Ayodeji, Category Manager, Diary, Promasidor, said the Volleyball contest is annually sponsored by the company to ignite the sporting skills of the corps members deployed to the state.

According to him, the tournament has, over the years, become what Corps members in the state look forward to; promising that Promasidor will not relent in its efforts towards developing the sporting skills of the youth in Nigeria.

Apart from Platoon 8 that led, Platoon 7 and 5 came second and third; respectively.