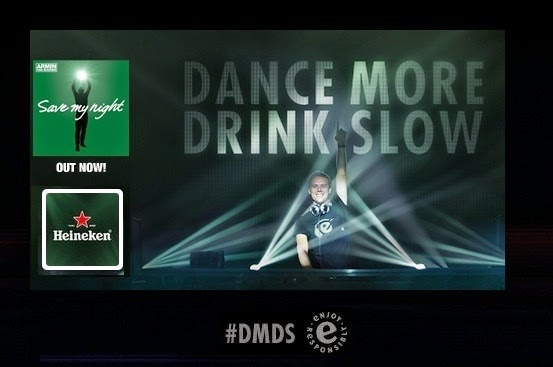 Consumption of beer is a controversial subject among some groups. This has necessitated the call on beer manufacturers to involve self regulation, an advocate which been on the increase. As  responsible corporate organisations, the players in the industry have not left any stone unturned in letting the world know that they are part and parcel of the society.
In response, the players have weaved their Corporate Social Responsibility around responsible drinking and discouraging underage from drinking. Despite the high level of beer acceptability in United States, it is a general understanding that while alcohol is woven into the fabric of the nation’s collective life, it also has great potential for causing harm, and that producers, distributors, and servers of alcohol products must struggle  to reduce that harm and promote safe and responsible drinking. To archive this, it has become part of the ethics of beer manufacturers to work with their distributors and other trade partners to promote responsible drinking in the US. The same template is being followed in other parts of the world.
In what looked like the peak of the Heineken’s Green Light Party that began early last month, promoters of the brand and stakeholders in the entertainment industry played host to consumers recently in Lagos, while international and local DJs and musicians excited visitors to Quilox throughout the night. The party was spectacular as it boosted the company’s international responsible drinking campaign – ‘Dance More, Drink Slow’.
It was obviously the first event in Nigeria that would parade a mix of local and expatriates as ushers and event managers. For instance,  famous UK Hip-Hop DJ, Tim Westwood and notable Nigerian celebrities came out to identify with Nigerian consumers at the Green Light party.
Tim Westwood, who has worked as a one-time host of MTV’s ‘Pimp My Ride,’and has also Deejayed for several international radio stations, spent every seconds in the club to demonstrate to Nigerians that with a good DJ on stand, consumption of alcohol at clubs would be reduced. This was confirmed with the way young Nigerians danced all through the night with moderate regard to drinking.
According to a source close to the company, the decision to give the event both local and international outlook was born out of the need to uphold its status as a brand that appeal to all races and top echelon of the market.
This is the first international responsible drinking campaign to target consumers on and around the dance floor. At the heart of ‘Dance More, Drink Slow’, are a film and a song, both featuring van Buuren. The film, “The Experiment,” focuses on two separate nights out in the same club with the only difference being the DJ. It shows the influence a DJ has on consumers to change their behaviour to dance more and consequently drink slow. The music is a new van Buuren track, “Save my Night”, which encourages and celebrates moderation during a night out; it’s available in 42 countries.
As an industry leader, Heineken, according to its managers wants to contribute to the positive role of alcohol in society, by making moderation aspirational for consumers. It believes that it can be more effective in making positive behaviour aspirational by utilising creativity and tackling the issue of abuse in an engaging and relevant way. ‘Dance More, Drink Slow’ will be rolled out in more than 20 countries and will be supported by a series of integrated experiential activities targeting young adults during their nights out.
According to the Corporate Affairs Adviser at Nigerian Breweries plc,  Kufre Ekanem, the show was designed to redefine beer culture among Nigeria consumers. “Heineken is passionate about responsible drinking, the brand is at the forefront of the campaign to encourage club goers to adopt positive drinking behavior. The Green Light series, which has won global commendation is another step at using music through the best DJs from around the world, to create a movement that will resonate with young Nigerians. Already, the brand has proven its worth by bringing into the country two DJs from the US -Benny D and Babey Drew.” he said.
It is believed that intoxication for an extended period of time carries the potential for considerable social, psychological and physical harm. To further boost the campaign for responsible drinking and engage young adults to promote responsible consumption, Heineken, early this year, teamed up with the famous DJ Armin Van Buuren for a global campaign that reaches young people when they are drinking on and around the dance floor. This initiative delivers a responsible drinking message in a new, compelling way. It focuses on making moderate drinking an aspirational behaviour when enjoying a night out, highlighting the importance of staying in control.
In 2011, Heineken launched ‘Sunrise’, which brought to life the idea that there are no limits when you know your limits. It highlighted that message by showing how to enjoy Heineken in moderation: Heineken’s ‘Man of the World’ has the opportunity to engage with friends, meet new people and explore new experiences. Now, ‘Dance More, Drink Slow’ takes this message to another level. It builds on the long-standing commitment to the ‘Enjoy Heineken Responsibly’ message which has been seen across the world since 2004 through Heineken’s sponsorships platforms such as UEFA Champions League, Rugby World Cup, hundreds of music events and the messaging that appears on hundreds of millions of bottles and cans annually.