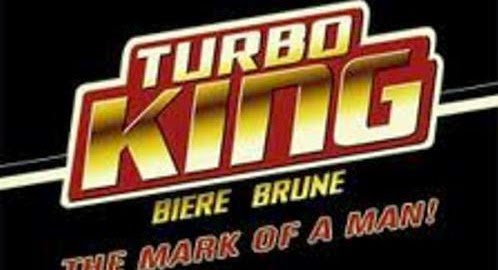 Consumers of Turbo King Dark Ale, a premium brand by Consolidated Breweries Plc, are in for a big treat as the brewer has commenced a promo to reward loyal customers. The reward promotion commenced on September 1, 2014 and will run till October 31, 2014.
Head of Marketing at Consolidated Breweries, Mr Prashant Patwardhan, while announcing the promo, said it was conceived to reward faithful consumers of Turbo King Dark Ale and celebrate the achievements of the everyday man, who through a dint of hard work is the true nation builder and King as he engages in road building, schools and office edifices, among other daily activities.
“At Consolidated Breweries, we have a world-class work ethics and we use the finest materials to produce our quality brands, including Turbo King Dark Ale, because we know that only the very best will do for those who trust in our brands. We take pride in the fact that those who consume Turbo King Dark Ale share our work ethics and have an eye for quality, which is why we decided to reward and celebrate them through the promo,” Patwardhan said.
The Marketing Head explained that the promo has been designed to ensure that everybody is a winner as there are millions of free drinks to give away as well as free airtime. To participate in the promo, according to Patwardhan, a consumer simply needs to buy a bottle of Turbo King 60cl or Turbo King 33cl, open the drink and look under the crown cork to reveal the prize he has won.
Prizes to be won during the promotion include the Grand Prize, an all-expense-paid Safari trip to South Africa, where the winner will visit the beautiful Pilanesberg National Park, one of the largest in South Africa and home to the Big Five and other large games, including Giraffe, Hippo, Zebra and Crocodile; the privately-owned Rhino and Lion Game Reserve, which houses over 700 heads of game from 25 different species, including Lion, Cheetah, Warthog, Buffalo and Ostrich, among other exciting locations to be visited. In addition to the Safari trip, consumers stand a chance to win many other prizes during the 61-day duration of the promo.
“The reward promotion offers our consumer, ‘The King’, the opportunity to meet the King of the Jungle in a Safari! It’s a royal meeting of some sort. A visit to  these  parks  is  always  rewarding and  that  is  why  we  think  our loyal  consumers deserve  nothing  less  than  a  rewarding visit to the Safari. Real courage deserves more,” Patwardhan said of the star prize.
Source:BrandIQng