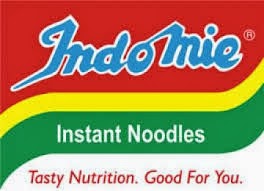 No fewer than eight million consumers will, this year, have the rare opportunity of being sampled with the varying flavors of Indomie Instant Noodles nationwide, as part of Dufil Prima Foods’ efforts to continually ensure objective consumer feedback and satisfaction.
This projection came about as a result of the company’s desire to surpass last year’s 5,000,000 consumers sampled last year.
Speaking on this development, the Head of Marketing, Dufil Prima Foods Plc, Manpreet Singh, affirmed that the company intends extending the sampling  to the entire geo political zone in the country namely: North-Central, North-East, North-West, South-East, South-South and South-West.
He further stated that the sampling exercise is targeted at creating excitement and increasing the emotional connection between the brand and its consumers, as a way of encouraging a store experience in the home of consumers.
“Sampling is a regular and continuous exercise that Dufil embarks on with the purpose of strengthening the existing bond between consumers and the brand. This serves as a feedback mechanism that affords consumers the opportunity to freely savor and experience the unique taste of indomie noodles while also expressing their sincere opinion about the brand,” said Mr. Singh. “In the long run, this will furnish us with valuable information towards making consumer-tailored adjustments to our products.”
Also speaking on the sampling exercise, the Public Relations Manager, Dufil Prima Foods Plc, Mr. Tope Ashiwaju, ascertained that product sampling is an ideal way to continuously earn customer trust and loyalty while also sustaining existing ones who have maintained their brand loyalty over the years.
“The importance of enabling our consumers sample the brand cannot be overemphasized because sampling has been known to give consumers the actual experience of the product.
This is so because some consumers, especially prospective ones, are cautious in whatever they purchase due to the current economic trend and tend to prioritize what they spend on. Some potential consumers do not want to spend their money on a product they are unfamiliar with, so a test experience will gear them towards becoming consumers of the product,” he added.
According to him, this year’s Indomie sampling effort will hold during the various festive seasons celebrated by Christians and Moslems alike; even as mobile kitchens will be deployed to different schools situated across the nation so children who are the brand’s core loyalists will be favourably carried along.
“This year’s sampling exercise will take place during Ramadan, Easter, Christmas including school-based activities, and our mobile kitchens and agents will be on hand to engage students at different levels so they can give us first-hand information on what they think about our products,” added Ashiwaju.
He assured that Dufil Prima Foods Plc places high premium on its customers and would not rest on its oars in driving consumer engagement through such programmes and many others on its line-up as year 2014 unfolds.