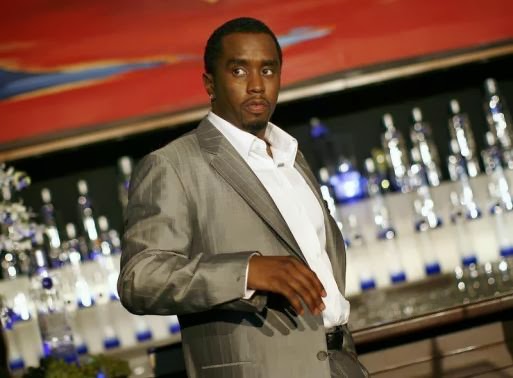 Diageo Plc and celebrity rapper turned business mogul Sean "Diddy" Combs have jointly bought luxury U.S. tequila brand DeLeon, hoping to repeat the success they have had with the company's fast-growing Ciroc vodka. The American record producer, actor and entrepreneur became the face of Ciroc in 2007 under a joint marketing and profit-sharing deal which has brought a near 40-fold rise in annual sales volumes for the brand's products."With Ciroc, we dated. Now with DeLeon, we're married," Combs said in an interview. "This deal is way better. This makes me a true owner."Financial terms were not disclosed on Wednesday, but the purchase of the DeLeon brand takes Diageo an albeit tiny step towards replacing the sales and profit lost last year when it stopped selling Jose Cuervo, the world's top-selling tequila.Diageo, the world's biggest distilled drinks company, let its distribution agreement with Cuervo's owner, the Beckmann family expire after failing to get an equity stake."For me, it's all about the profitability," said Diageo North America President Larry Schwartz, who told Reuters last year that his personal goal was to replace the profit from Cuervo within two years.This week, he stood by that target, citing Combs's track record of success, the likelihood that Diageo will buy or launch another tequila, and DeLeon's high price. Combs's favorite version, the anejo, sells for about $200 per bottle."If we can get the accelerator on DeLeon like we had on Ciroc, two years is within reason," Schwartz said, adding that "this isn't going to be the last entry into tequila for Diageo going forward". Diageo also owns half of the Don Julio brand with the Beckmann family.SECOND DEAL WITH COMBSSince Diageo brought Combs on board Ciroc sales have grown from 50,000 nine-liter cases a year to nearly 2 million.So when Combs approached Diageo with the idea of buying DeLeon, the company behind Johnnie Walker Scotch and Smirnoff vodka listened."Sean (Combs) is a proven growth driver," Schwartz said.About 85 percent of the world's tequila is drunk in its home nation of Mexico and the United States. U.S. imports of tequila increased by nearly 72 percent to 12.3 million cases in the 10 years to 2012, according to the Distilled Spirits Council of the United States, fuelled by the emergence of high-end and super-premium brands. Mass-priced tequilas like Jose Cuervo, have lagged.Other tequilas include Patron, Beam Inc's (BEAM.N) Sauza, Bacardi's Cazadores, Brown Forman Corp's (BFb.N) Casa Herradura and Pernod Ricard's (PERP.PA) Olmeca.DeLeon was founded in 2008 when Brent Hocking, an American with a background in mortgage lending, bought a distillery in Mexico. It now comes in five varieties, the cheapest of which has a suggested retail price of $120 per bottle. It sells in selected U.S. states at about 10,000 cases a year.However, changes are already afoot on marketing the drink, with DeLeon's previously risque website now closed for an overhaul. deleontequila.com/"Everything has to meet the Diageo marketing standard," Schwartz said. "We bought the brand, not the marketing plans."