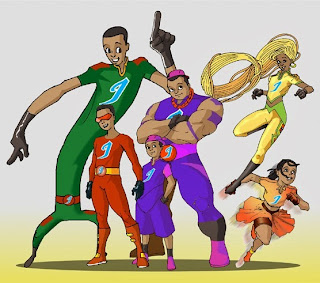 The national consumer promotional campaign tagged ‘‘Indomitables Magnet Promo Draw’ which commenced three months ago from the stables of Dufil Prima Foods Plc, makers of Indomie Instant Noodles, has produced 5 lucky winners across the country. The raffle draw was conducted before a live audience comprising journalists and observers at Dufil H/office inSurulere, Lagos.
Participants of the ‘Indomitable Magnet Promo’ who must be below the age of 15 were expected to have collected 16 magnets; 9 numbers must be flashed for confirmation. In the end, 5 winners have emerged. They are Moyosore Bamishayeaged 10 from Ikorodu, Lagos, Chioma Ekuka aged 13 from Agege, Lagos, Chidinma Ewuniye aged 11 from Agwu LG in Anambra, Oluwaseyi aged 11 from Lagos Island and Sultan Akindele aged 15 fromOgun State respectively.
Speaking to the Journalists, Head of Marketing at DUFIL Prima Foods Plc, Manpreet Singh spoke extensively on the modalities of the national consumer promotion. ‘‘Dufil Prima has embarked on the ‘Indomitables Magnet Promo’ to reward consumers within the ages of 15-below. We have gathered the various media to witness the transparent electronic mode in order to demonstrate the spirit of fair play. Apart from enjoying a one-year scholarship, these five lucky children will all participate in the next indomie advert which will run for a whole year. We believe strongly that in the spirit of the season, offers like this is can only reinforce Indomie’s commitment to its teeming consumers’’. He submitted.
During the live phone call session to winners of the ‘Indomitable Magnet Promo’, the excitement from recipients was very strong. Although, mothers of the 5 winners responded on behalf of their wards, facilitators of the promo ensured that all the requirements were verified before declaring them lucky winners.
The Public Relations officer of Dufil Prima, Mr Tope Ashiwaju who did a painstaking cross examination of winners explained that winners will be contacted in due course for confirmation and presentation of their winnings.
Source:BiQ