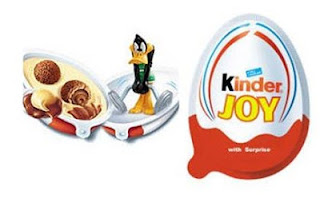 Kinder Joy is a refreshment and surprise pack for children and is ideal for all who are conscious of their health and wellbeing.

The brand have constantly interacted with kids to generate trial via sampling at different touch points such like schools and children parties to position Kinder Joy as the 3 in 1 joy(Food, Toy and Emotions)  and improve the perceived value among them.

We learnt from a reliable source that the product decided to target children as key influencer as channel to reach mothers who are most time the buyers of children wants.

We also gathered that plans have been concluded with a Lagos based experiential agency to generate more shelf presence for the brand in retails outlets to meet demand generated among key influencers.

Kinder Joy has the form of question-mark styling, a chocolate egg containing a small toy, often requiring assembly and not only stimulates imagination and creativity but also accompanies and aid in a child’s growth and development. 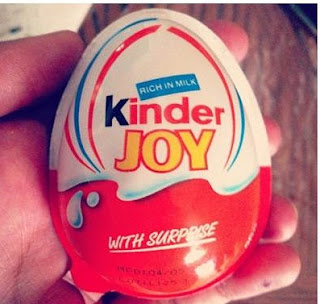 All Kinder Surprise toys are designed and developed with safety in mind, rigorously observing international regulations as well as extra safety criteria voluntarily adopted by the Ferrero Group.