May 29, 2013
Call it love from one Port Harcourt boy to another, and that will not be far from the truth. That was what was amply displayed by Hip hop crooner, Duncan Mighty, who was the celebrity guest at the second raffle draw of the Legend Real Deal National Consumer Promotion, held at the Lesukaa Events Centre, Port Harcourt, Rivers State.

Duncan Mighty thanked the crowd for the turn out and also appreciated Legend Extra Stout for rewarding the consumers through the promo. 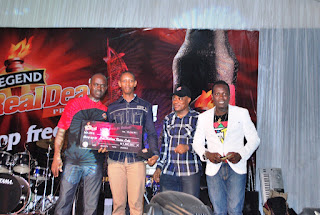 He said: “Good people of Port Harcourt, I appreciate you for this turn out and for the good conduct. Please appreciate yourselves. I also want you guys to appreciate Legend Extra Stout from the stable of Nigerian Breweries Plc. for putting this together.

We Port Harcourt people appreciate Legend Extra Stout for putting smiles on the faces of consumers.”

The first female winner of the star prize in the on-going Legend Real Deal National Consumer Promotion has emerged. She is Grace Omaleye Folashade, a 25-year old bar owner from Ekiti State.

She will be joining seven other male consumers to make up the next batch of ‘Legends’ who will be shopping for items of up to a million naira in value in one of the biggest shopping malls in Dubai, in the United Arab Emirates.

Speaking on her participation, she said: “Even though posters were pasted on the walls of my bar, I didn’t even expect that I will win. I consumed the bottles of Legend and sent in my entries just like any other person. I was so delighted when I received the call that I have been chosen as one of the lucky winners that will travel to Dubai and shop for a million naira.”Grace, who inherited Jibik Authentic Bar from her mother however stated that she has never stepped outside the shores of Nigeria and does not possess an international passport.

Other lucky consumer that emerged via the electronic raffle draw for the star prize of the 2013 Legend Real Deal NCP  to Dubai is  Emuejevoke Oputu, a banker.

A highly delighted Oputu was elated at the opportunity of meeting Duncan Mighty. He said: “Duncan Mighty is a great musical artiste and it was a great delight for me to receive the gift from him. And this was made possible courtesy Legend Extra Stout, the Real Deal.” 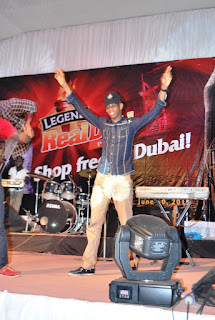 Mr.Funso Ayeni, Senior Brand Manager – Legend and Life, Nigerian Breweries Plc, has however assured that this will pose no threat to her proposed trip to Dubai for the unique shopping experience. He said: “The lucky consumers’ trip to Dubai is all expense paid. Just like we got international passports for some of those that embarked on the first Dubai trip, we will also get international passports for Grace and any other consumer that does not have one.”

He said: “So far, 17 consumers have emerged via the two transparent raffle draws which we have held. There is however the opportunity for eight more lucky consumers to emerge for the opportunity to shop for N1 million in Dubai. All they need to do is purchase a bottle of Legend Extra Stout, look under the crown cork for a unique numeric code and SMS the number to 30380.” 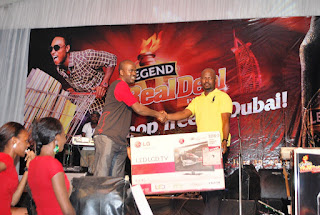 Chika said: “I’ve never won anything in my life. I’ve had to buy anything I wanted, but I’m so happy that I’m the proud owner of a BlackBerry handset courtesy Legend Extra Stout. I want to let everybody know that Legend is real! 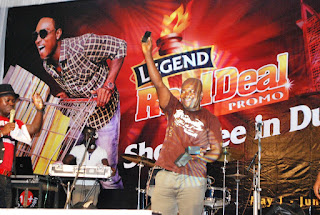 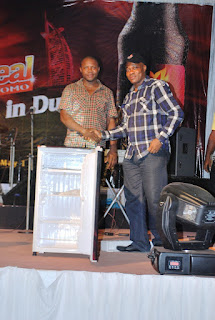 Uba Ananaba who won a 32 inch LG TV did not initially believe in the promo. “I have never believed in promotions, because I feel the organisers do not redeem the prizes. But this promotion has changed my mind. At first, I didn’t want to participate, but then I changed my mind and said let me give it a try. And today, I am the proud owner of a TV set. I am so happy.”